Why Diversity is STILL an American Strength

Home Why Diversity is STILL an American Strength 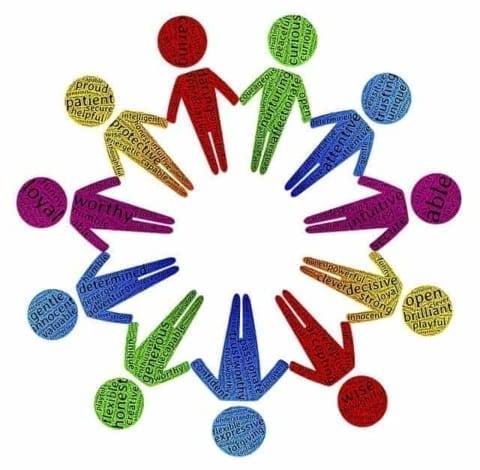 Diversity has existed in America since its inception. America is the land of “give me your tired, your poor, your huddled masses”(Lazarus), the land of opportunity for those in need of refuge. This has led to a very diverse group of people inhabiting our country. However, in recent years, people have discussed the idea that diversity is harming more than it is helping. Basically, a lack of commonalities in groups of people can cause less interaction with others in a community, creating a separation between people from different backgrounds (Goldberg). While there is strong evidence to support this claim, there is also evidence supporting that the contributions that the vast backgrounds of American people have made our lives in America much better and having a diverse set of ideas will bring us forward. It is a defining factor as Americans and is something that needs to be a positive aspect in order for out country to work properly. As John F. Kennedy said, “Assimilating different people makes the country better not because it’s easy, but because it’s hard”(qtd. in Smith).

While there is evidence about American diversity’s negative impact, there is still strong evidence pertaining to the positive impact. Diversity in the workplace heavily affects the economic world. Many studies have found that “diversity in the business world unlocks innovation and drives market growth” (Burrows, Mafinezam). A 2008 Current Population Survey found that immigrants “account for 29 percent of the growth in the workforce from 1995 to 2008” (Burrows, Mafinezam). The increase in immigration increases diversity in the workforce has been substantially helpful economically.

The definition of American values differs greatly when it comes to individuals in the nation. What one American considers to be important American values may be different than that of another American. So, where do we find that middle ground? I think a great place to look would be America’s diversity, which is a value that America was built on and something that we need to work with instead of against in order to make our country to a place where all can live safely and happily.

Hey Jack,
I like that you started off by talking about how America is a very diverse country, and that even if diversity could be a good thing it can still have a negative impact on the country. In your last paragraph the connection you make to individual’s values and to the diversity of America and meeting in the middle really makes me think can someone accept another person’s values or are we all so different that maybe that’s another reason why diversity is not always a good thing?