Why children shouldn’t be expected to save the whole world 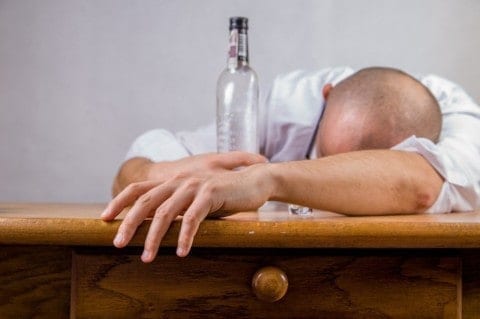 (Or why child protests ain’t really the best)

I care about this issue because I am a child, and I am stressed and worried and damn near hopeless about the future. I wish I did not have to be, but the facts are that the climate is being wrecked, facism is on the rise, the wage gap is becoming fully unsurmountable, and so, so, so many other things are all happening at once. How can we not protest?

Children are impacted by this issue the most. On the surface level, the protests themselves take them out of school, halting their learning, possibly lowering their grades, thus making school a little harder and a little more stressful. But digging deeper, the need to protest, the constant stress of knowing that you should be out there doing something is driving more and more children to drugs, and to getting depression or anxiety. The future is scary, and unlike most children’s fear of growing up, we have evidence to back us up.

Depression is on the rise in teens. But why? According to US News & World Report, “this generation knows all too well the fear of terrorism. Whether it be a lone shooter or mass terrorist attack, our nation’s youth have come to know and live with violence in their lives.” This is just one of the reasons, others including a lack of sleep, overstimulation, and other uncertain times, but the fact that even this exists is madness. Children live in fear of random violence in the US, and so we protest. We protest Parkland, we remember columbine, and we march for our lives. “I should be writing my college essay, not my will”. (Washington Post). And this is just one of the so, so many issues facing youth today. And yet, things haven’t changed. “There are a number of states where new measures are being discussed or debated, but few have signed any such measures into law.” (ABC News). Only 4 states have passed anything. Florida, where Parkland occurred, Oregon and Washington, both of them liberal pacific northwest states which have had 5 and 14 mass shootings in the last 20 years respectively, and Rhode Island, the smallest state in the union. The rest are either still debating, or not doing anything at all. Its disillusioning to see all these people protest, and then nothing happens. Why must children protest for their own lives and then be ignored? Why can people not realize that the only acceptable amount of children shot to death at school is ZERO? Other people need to talk, people with more pull, more resources, more influence than children. Other people need to speak up and say that none of us should be dying. None.

The fact that this is a fairly new problem means there really haven’t been any solutions attempted on the macro scale. These problems, some new like climate change, and some old like facism, are all happening at once, and we can know about all of it due to the widespread info pile that is the internet. On smaller scales, the general concept of mental health days, trying to limit your exposure to the news, and other such things have been suggested, but there’s not been a coordinated effort to limit the amount of stress children are under.

My idea for a solution would just be getting people to realize how much, truly how much stress kids are under these days. School steals hours upon hours of your day, sometimes more than a standard workday if you include homework. Kids are getting less sleep, and then on top of those the whole world is slowly dying and social progress is being rolled back at an ever-increasing rate. Getting people to realize this, and then possibly trying to reduce it in the ways we can, by limiting exposure to news & lessening homework amounts, could honestly do wonders.

More research I would need to do to further my understanding of this topic would be to just read more news about child protests in all areas of protest, and to look at the change in laws both locally and worldwide to see if I can form a correlation between the protests and actual change.

Feel free to add to the discussion in the comments below 🙂

Hi Livia! I completely agree with what you are saying here and I think that it is so important to bring up the topic because I think a lot of the time people hide behind what they are scared of and they do nothing to fight back. Us as children are doing what we can to make sure that we have the future that we deserve and adults should be doing the same, not standing idly by as our entire planet goes under. Here is another article that I think you would like! https://www.nytimes.com/2019/09/20/climate/global-climate-strike.html

I fully agree with this, I think adults have gotten lazy or given up. They always say that it’s up to us since it’s going to be our world. The truth is though that we weren’t the ones that screwed it up so adults should take responsibility and do something so we aren’t left with a world that we can’t help.

🙂 Thank u for agreeing im so tired of adults

Hi Livia! We know each other in real life but I’m gonna be excessively formal. I appreciate this article, and I agree that children are put under way too much stress. I also agree that adults not doing anything to solve these problems is very dumb. If the voting age were lowered, we could actually do stuff! Anyways check out my post its way better than this one (that was a lie for a joke this article is also very good) AND it kinda relates sort of