Why Aren’t We Speaking About Concussions in Oakland?

Home Why Aren’t We Speaking About Concussions in Oakland? 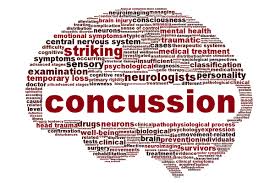 I am writing to you because students play a variety of sports at school without gear and can possibly end up with a concussion. Are you okay with your students getting a concussion? It is possible that if a student sustains a concussion it can affect their learning.

According to the research, concussions are a public health issue because they can affect the brains of people and sometimes take a long time to heal and possibly not heal entirely and this affects many student athletes.

Firstly, concussion can affect the brain which can cause memory loss to the person who had the concussion. On a website titled Cognitive Fx who published an article titled “Concussion Memory Loss: Recovery Stories From 6 m TBI Patients” by Olivia Seitz, Who was a figure skater who had a concussion. she stated, “Concussions can cause memory loss. Head injuries can cause loss of memory surrounding the event itself or recurring memory loss after the injury”(Seitz). Concussions cause a lot of damage in the brain and one of the main damages is that it causes memory loss. This can preclude  many people from remembering and can make it harder for them to do activities  that they forgot. It is harder for students who lose their memory from a concussion because it is likely that they have no clue what they’re doing in school and it will take a longer amount of time relearning what they’ve already learned. This is really important because this can affect students’ lives of remembering work that they did. The fact that some Oakland schools are less likely to think about their students ever sustaining a concussion is wrong because schools can never know what can happen and they should be prepared for anything and they should be more careful in watching their students so they are less likely to ever come close to sustaining a concussion.

Not only do concussion affect the brain, they also take a long time to heal or not heal fully, which may put students in a place where it is hard to learn. In the “ Northport Wellness Center” article is states, “Someone with an acute concussion, may see an improvement in his or her condition anywhere from a day to two to three months,” whereas someone with a chronic concussion may not see improvement until “ two to three weeks” after their injury or longer”(Northport Wellness Center). With concussions taking a longer time to heal it puts students who had a concussion at risk of their learning. This will impact students’  grades and possibly have students fall behind in class. This can also affect the students who got a concussion to not know what they are doing in or outside of school and make them have a hard time doing any homework which can possibly have some students to start going against  doing any homework at all which comes back to where the students start getting bad grades in class. This is why principals should keep a closer eye on their students to make sure they don’t sustain a concussion so that they students don’t have to relearn anything that they already learned.

I hypothesized that 25% of people in Oakland I surveyed would have gotten a concussion. My partner and I designed a 12 question survey and received a total of 19 respondents. 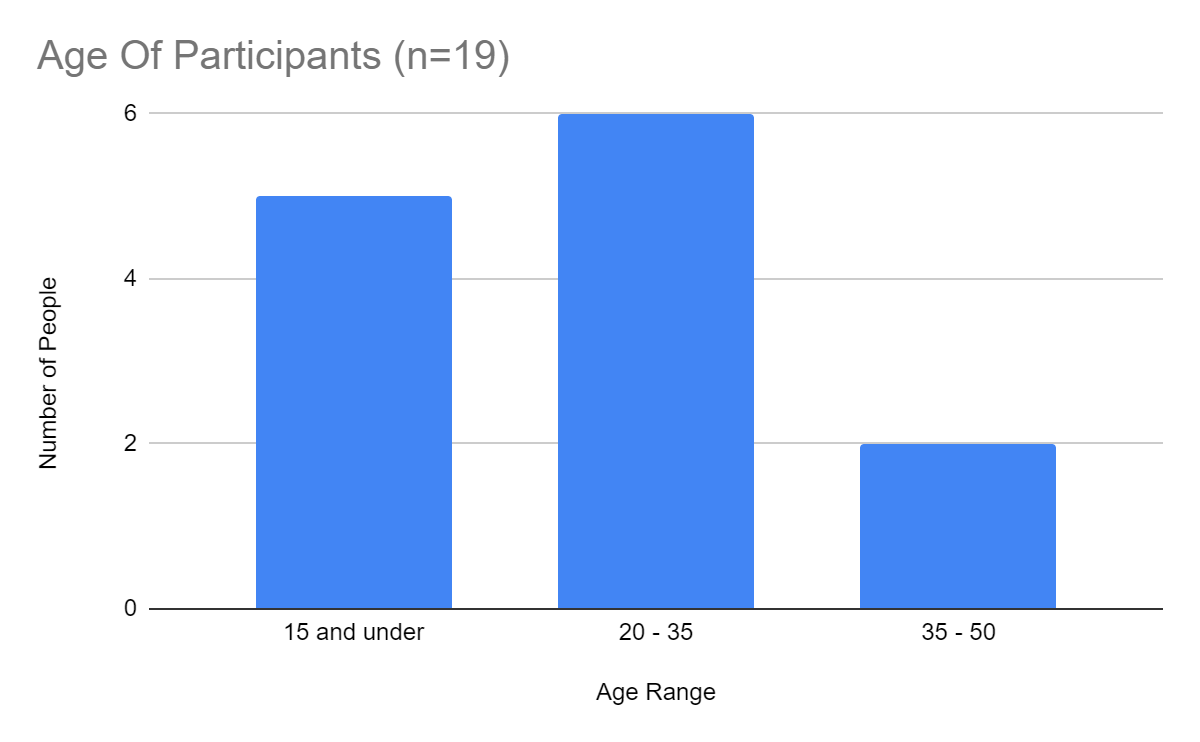 Figure 1. This Bar Graph is showing the age ranges of survey participants. The largest number of participants were between the ages of 20-35 years old. There were no participants over the age of 50 years old. This is significant because the age of the respondents matter when it comes to concussions so that if many children 15 and under were to get a concussion principals would know what they are dealing with. 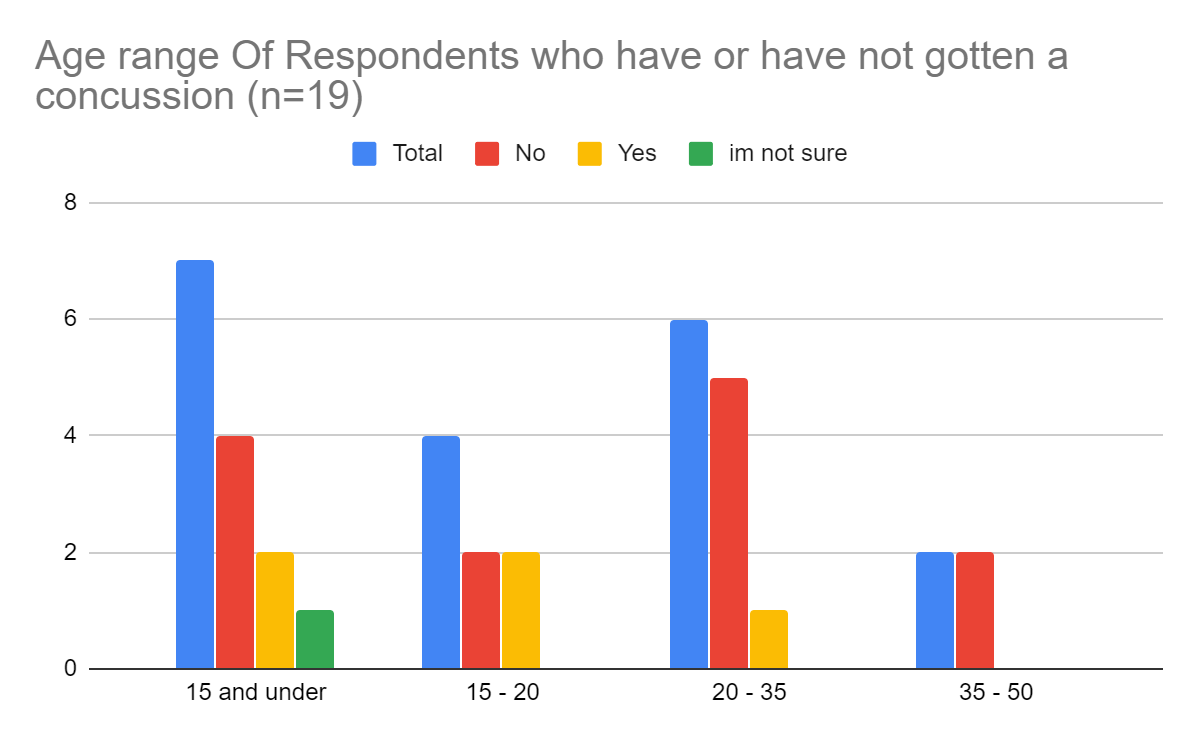 Figure 2. This Graph is showing the age range of participants who had and have not had a concussion. More people said that they never had a concussion. Participants younger and between the age of 15-20 have the same amount of people who had concussions. This is interesting data because there have been a lot of kids 15 and under who have gotten a concussion thus proving it to be an important issue. 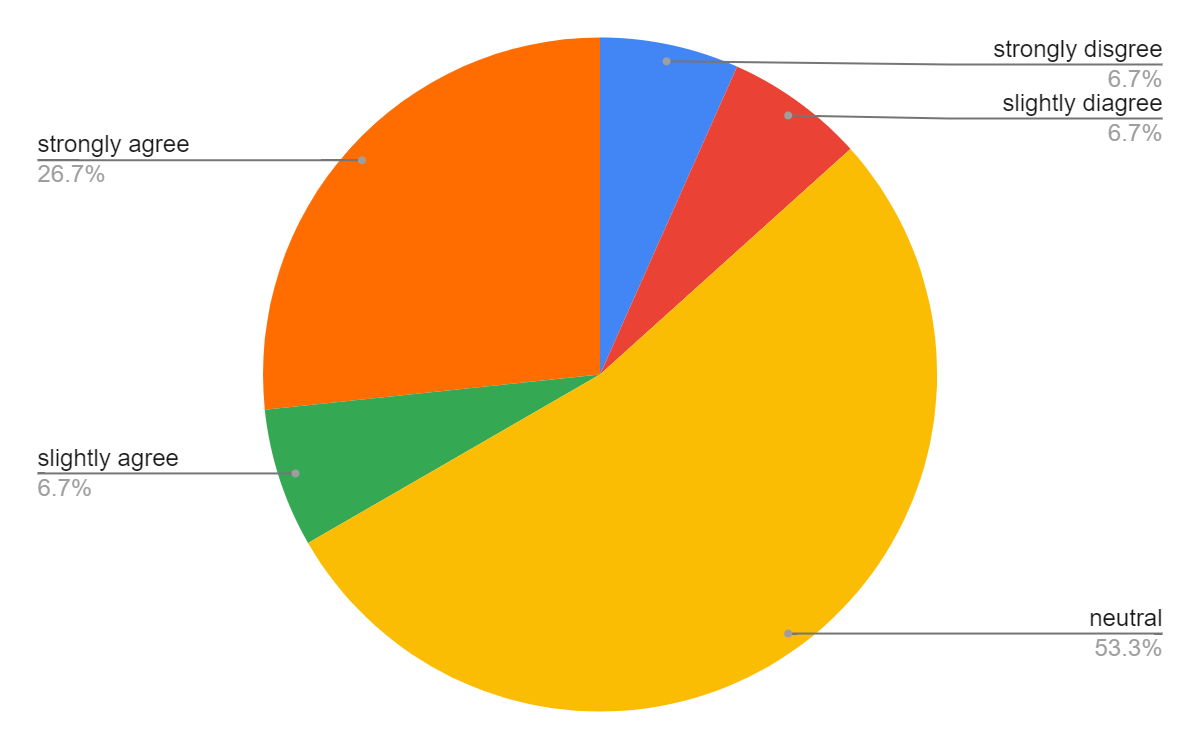 Based on the survey and research, it is clear that as an Upstander we need to educate people on the importance of concussions and find more resources for the schools.

Aim #1 Virtual: Sharing on Social Media to get more people to see why this is important

Aim #2 Shelter in Place: Hanging up flier so more people will know about my topic

If I were at school normally my second aim would be to add fliers all around the school so that parents and children would be able to see them and get to know more or know about concussions and could see how important concussions are and why it is important for schools to be more protective over student athletes. This would be effective because there are many students at my school and many people will have a chance to read them. Firstly I would choose what design and what information would be on the fliers. Secondly, I would print out the fliers. Lastly, I will tape the fliers all around the school so they can get noticed. Supplies that I would need would be a computer and a printer. I would need information from the internet and there wouldn’t be a budget. Obstacles I will expect would be that people wouldn’t read the fliers or that people would read the fliers but just not care about them and ignore them.

Aim #3 Unlimited Resources: Helping schools get resources that they need.