Why are we likely to empathize with anti-heroes?

Home Why are we likely to empathize with anti-heroes? 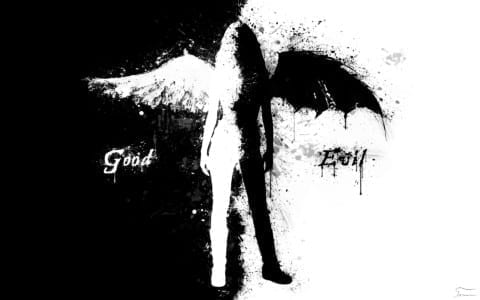 In one of my previous blog posts, I discussed some key differences between heroes and villains. Heroes are typically portrayed as “perfect” characters who empathize with others and work to protect these people from the villains. However, the concept of heroes and villains in society is not purely black and white because people cannot be defined as completely moral or completely corrupt. There is a lot of gray area that almost every human falls into, making stories with perfect heroes and innately evil villains unrealistic and hard to relate to. As a result, in the media today, the concept of heroes and villains is slowly being altered and replaced by the anti-hero and anti-villain.

An anti-hero is the protagonist of a story who typically acts in ways contrary to society’s standards and has questionable morals (“How to Create an Antihero That Readers Love”). Stories or films with these types of characters tend to be more popular in society today, and the audience generally empathizes with these anti-heroes who stand for almost everything society is against. In reality, we tend to empathize with these characters because the more we relate to a character in a story, the more we like this character and root for them to succeed (Bedingfield). In other words, anti-heroes make literature and film more realistic as most people are typically anti-heroes in their own right.

Anti-heroes also must overcome the same emotions and hardships that we endure in life, meaning they must be strong and determined in order to face their demons and achieve their goals (“The Psychology of Anti-Hero: Why Do We Admire Them so Much?”). Typically, we either believe that we are strong people or we wish to be strong people, so seeing a character we are able to identify with gives us hope that, like them, we will have the strength we need to face our own demons. As we know, humans are far from perfect just like anti-heroes, making it easy to see ourselves in these characters. This is especially attractive to us because anti-heroes are almost always redeemed at the end of films or novels, allowing us to believe that redemption is possible for ourselves as well.

Bedingfield, Will. “Why We’re Destined to Sympathise with Anti-Heroes like the Joker.” WIRED UK, WIRED UK, 5 Oct. 2019, www.wired.co.uk/article/the-joker-movie-review.

“The Psychology of Anti-Hero: Why Do We Admire Them so Much?” Steemit, steemit.com/psychology/@dysfunctional/the-psychology -of-anti-hero-why-do-we-admire-them-so-much.

I am delighted by your post Why are we likely to empathize with anti-heroes? since you emphasize how the world has looked through the lens of connecting with the villains. I really enjoyed being put onto perspective from your point of view.
One sentence you wrote that stood out to me was, “Typically, we either believe that we are strong people or we wish to be strong people, so seeing a character we are able to identify with gives us hope that, like them, we will have the strength we need to face our own demons”. I think this is important in society today because when having people related to the villains, society will view themselves as being against the norm thanks to these films/books but when a certain film or text shows them getting back on their feet after experiencing so much hatred t gives our society hope.
﻿
Thank you for your writing, I look forward to seeing what you write next because your question support what societal views have been created through the characters we portray in text or films. By doing so, you illustrate others as well, thank you.

Megan –
I really liked how you mentioned that the concept of heroes and villains isn’t always black and white. Generally speaking, I think it is really important to understand that there is a grey area when it comes to good versus evil. As you said in your blog post, “people cannot be defined as completely moral or completely corrupt”, hence the grey area. I also agree with your point that we empathize with the antagonist more in a hero vs. villain story because we tend to relate to them more. We often see ourselves in the anti-hero and aspire to be the hero in the story which is part of the reason why we are so drawn to the anti-hero character. You did a great job of thoroughly explaining this concept in your blog post.