Why are so many Police Brutality Cases?

Home Why are so many Police Brutality Cases? 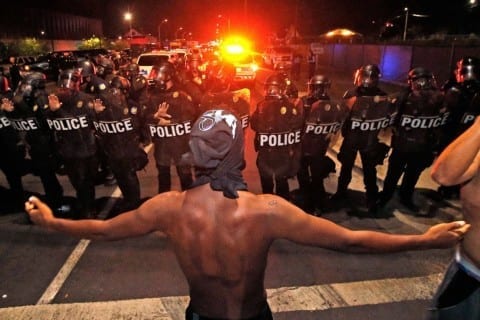 Police brutality goes way back to 1872, that’s when it all started. When the Chicago Tribune reported on the beating of a civilian under arrest at the Harrison Street Police Station. For the past years in where iI live  NYC, these cases has happened but to a certain race. The city has paid a tremendous amount of money to families who has suffered these consequences. For example, the City paid $5.9 million to the family of Eric Garber, who died after police placed him in an unlawful chokehold and $4.5 million to the family of Akai Gurley, who was accidentally shot and killed  by police in 2012. These cases keep happening and needs to stop but i believe they keep happening because racism is still going on to Hispanics happening with people of color. Now police officers have to wear body cameras to gather evidence of police brutality. , which Is way to control the situation but not really because it keeps happening. These cases have occurred as shooting and physical fighting and the government is not really not doing nothing about it, The ones who have the most power need to use it responsibly.

Excellent use of statistics in your response. Using the fact that the city directly took responsibility for the victims by paying large sums of money proves that the government agrees that the police are guilty. Going deeper, do you think that these were fair amounts to pay? On one hand, paying out multiple millions to these families seems to mean that the city is taking this issue seriously. They cannot pay out 4-5 million every time something like this happens, so it could mean that the city is paying out this money to settle these pending cases while they push for a long term solution. Alternatively, the city could be paying out this money in an effort to cover for a broken police system that they have no intention of fixing. I feel strongly that this issue deserves the national spotlight. To your point, it feels like we’ve normalized this, especially in big cities. I don’t want to confound too many issues, but I also wonder if some responsibility lies with the media for failing to consistently cover these events. The media can sway the people’s opinion, and the people’s opinion will eventually sway “the ones who have the most power”. Would love to hear your thoughts or other opinions on this.