Why are our Reefs Dying?

Home Why are our Reefs Dying? 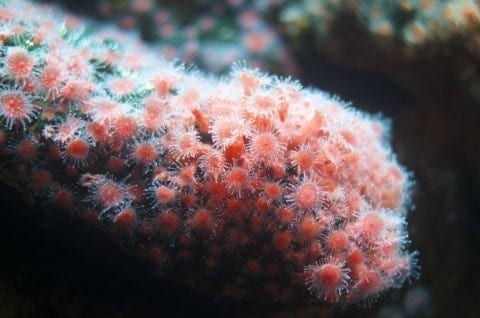 The main thing that has left an impact on coral reefs across the world is bleaching. There was a “great bleaching” that began in 2015, and slowed in 2017 that damaged over 29 coral reefs. Bleaching is caused from overly warm water. Corals have a symbiotic relationship with an algae called zooxanthellae; when water temperatures become too warm, the coral expels this algae resulting in the coral turning white. If the water temperatures return to normal, the algae often returns, however if bleaching continues, the coral dies. What reefs experienced four years ago was a continuous bleaching for two-three years. This severely damaged a huge number of reefs and scientists predict that if we continue at this rate, reefs “will cease to host functioning coral reef ecosystems by the end of the century.”

Although bleaching has left a huge mark on our globe’s reefs, there are a number of factors that contribute to reef deterioration. Cultures all around the globe use the ocean for its resources, especially seafood. A majority of Asia’s diet is seafood, and after years of fishing, it takes its toll. Overfishing not only in deep water but also in reefs is leaving a devastating effect. Reefs are perfectly balanced ecosystems; every species in a reef has a purpose, and effects another(or multiple) species, so when we overfish a certain fish, it has a domino effect on the reef. For example Parrot fish help clean the corals of algae and sea urchins. As their population begins to dwindle, their prey begins to multiply in population and will ultimately damage the reef.

Another contributing factor is tourism. Coincidently reefs are one of the main attractions to the 7 billion dollar industry, but unfortunately they are paying the price. Tourists often do damage to coral in many ways. A lot of the harmful sunscreen that is used ends up in the oceans, and tourists often stand or touch coral which can have devastating effects. Most of this is due to a lack of knowledge, but it is still affecting coral reefs in a devastating manor. I have witnessed this first hand in Hawaii. My grandfather has a house there, and my family often visits him. Over the years I have seen a steady decline in the state of the reefs, and the amount of life that lives in them. There are many other small factors that are adding to the deterioration of our corals, but these three are the leading contributors, and we will soon be forced to find effective solutions to reverse the damage we’ve caused.