Why are Founding Documents so Important?

Home Why are Founding Documents so Important? 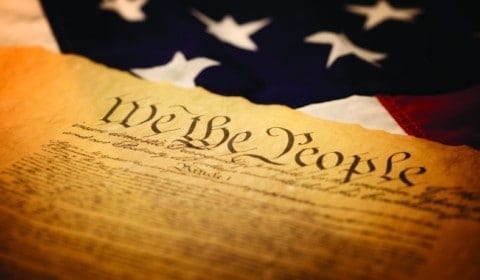 Americans all have different cultures that bring us together.  No two families have the exact same beliefs and values, and that’s what makes our country so unique. However, what we can all agree on as Americans are that our founding documents essentially bring us together as a community of practice.

Founding documents such as the U.S. Constitution, Declaration of Independence, Gettysburg Address, and the Emancipation Proclamation are well respected across all of America.  Documents like these define our country and set boundaries for us. Without these, nobody would be able to agree on how our country should run. They make sure that everyone is able to give their input on subjects that aren’t agreeable to everyone.  As said in the first amendment of the U.S. Constitution, “Congress shall make no law respecting an establishment of religion, or prohibiting the free exercise thereof; or abridging the freedom of speech, or of the press, or the right of the people peaceably to assemble, and to petition the Government for a redress of grievances.”  The Declaration of Independence also ensures that everyone has the ability to access their natural rights by stating that everyone has  “God-given rights” of “Life, Liberty, and Pursuit of Happiness”, as said by the National Center for Constitutional Studies.  Passages like these give Americans hope that they can achieve their dreams and follow their personal beliefs and values.  They also open the door for citizens to take advantage of the opportunities that are presented to them in order to follow their American dream.

“Communities of practice are people who share a concern or a passion for something they do and learn how to do it better as they interact regularly” (Ettienne Wenger).  Not everyone has the same traditions, religion, culture, or beliefs, but the majority of Americans share the same major goals. According to L. Robert Kohls, some of those common values are equality, efficiency, and individualism.  Without all of us Americans coming together, these larger goals couldn’t be met and our country wouldn’t be much of a nation. We work together to ensure that we stay true to our founding documents and to make sure everyone has a voice.

Personally, I care greatly about making changes about larger issues such as gun control, sexual assault, abortion, and climate change. Not one person can make these issues go away, but if the people who want to see a change stood together, we can make this country and maybe even the world a safer place. What’s so important about that is that we are lucky enough to have those rights to make a change regardless of age, gender, economic status, or race. A large reason why other countries look up to America is that our citizens stand up for what we believe in and we have no reason to be afraid to do so.

Core documents are what brings Americans together for the better.  They guide us to become better citizens and work together as a community of practice to keep the country running the way we, as Americans, want it.  Why wouldn’t Americans respect our founding documents?

The United States Constitution. Amend. I.