Why am I scared of clowns?

Home Why am I scared of clowns? 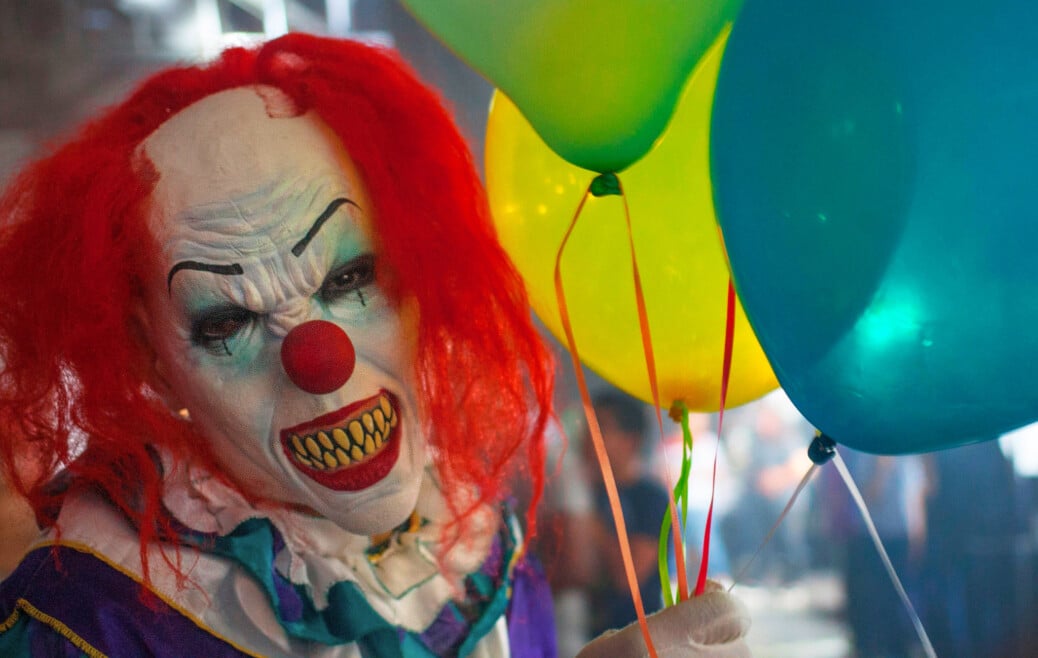 I’ve had so many bad experiences with them that they have just scared me for life, beginning with, the cosmetics of a clown might be disturbing. It conceals not only the individual’s appearance but also their emotions. Worse, the clown’s makeup might send mixed signals, such as when the clown has a painted-on smile but is frowning. And then there is the makeup itself, which is strange. The big lips and brows distort its face, making it appear human but somewhat off to the brain. The strangeness is amplified by the clown’s weird clothing.

The attack of this phobia is similar to any other phobia attack or anxiety. One of the biggest side effects was not being able to breath and closing up in the chest. The ways people close up are so different from an anxiety attack. In anxiety you feel like you don’t know what you are doing, but with this, you feel very scared and afraid of the thing that is alive to you. Clowns are not the ideal thing to make someone happy or make them feel better about themselves.

Now, an example on why I am scared of clowns: Well, middle school me watching the news and seeing that there are killer clowns going around and chasing people and or hurting them. I was so terrified and this gave me the worst feeling ever! This is the time I would really reflect on clowns even if they really don’t have a purpose.

I agree with your post, Why am I scared of clowns?” because according to what is said the purpose of clowns is to make children happy. Still, clowns couldn’t do that either because of their masks or in the way they are painted so macabrely that they can even cause fear to children just as it caused you that instead of providing happiness it is scary.  One sentence you wrote that stands out to me is “Clowns are not the ideal thing to make someone happy or to make them feel better about themselves”. I think this is a very proper thing because now people dress as clowns to kill or do some kind of evil because they think that clowns are fun and that people are not afraid of them. Over time clowns have become so macabre because so many cases have been seen in which clowns are involved in a case related to the law.
Thank you for your writing. I hope to see what you write next because I would like you to tell us more experiences that happened to you or that you just want to share. And I think it is very interesting that these things happen where The clowns have turned evil.

I am intrigued by your post, “Why am I scared of clowns,” because I also have a fear of clowns. I think it’s interesting to understand why people are so afraid of clowns like myself. I do feel like clowns are useless because I feel like they don’t really do much but scare many people.

One sentence that you wrote that stands out to me is. “I’ve had so many bad experiences with them that they have just scared me for life, beginning with, the cosmetics of a clown might be disturbing.” I think this is very interesting because I agree that the cosmetics of the clowns are very disturbing. I feel like the clown’s cosmetics are what causes people to be so afraid of them.

Thanks for your writing. I look forward to seeing what you write next because I find it very interesting to know more about why people are scared of clowns like me. I would like you to continue writing more reasons why clowns are scary and useless.

Hey Michelle,
Your example really resonated with me. I walked to school back when I was in middle school but refused to do so after hearing about the killer clowns. I wasn’t really scared of clowns until then. I’ve watched a few videos on clowns since, such as how the professional clowns feel about the killer clowns and how they train to be clowns. It seemed like they genuinely made some kids happy, so I feel like they aren’t entirely useless.

Hey Michelle. I completely agree; clowns freak me out. But, I can’t exactly place what about them freaks me out. I wondered if it is the same as dolls (and some animations) – they are scary because they are so closely related to how a human looks but are slightly different. If you want to read more about it, here’s a link to an article that talks a little bit about it: https://www.nme.com/blogs/the-movies-blog/annabelle-chucky-brahms-find-dolls-bloody-scary-2529749 . I wonder when clowns made the switch from being funny to being scary – might be something interesting to research. Thanks for your post!

Michelle, I agree with you on this. Clowns are terrifying. They are supposed to be fun and entertaining but they are useless and scary and creepy in every way.

Honestly, clowns are terrifying, the way you present the imagery of the clown too really puts you in the position of someone terrified of clowns. I think after the whole incident years ago about clowns chasing people and trying to kill them really put them in even more of bad light.

I am scared of clowns as well. I think nowadays clowns give me the complete opposite feeling to what it suppose to give me, instead of being amused I am terrified looking at the clown’s face. To analyze our reaction from a psychological perspective, the clown’s makeup makes it looks less familiar to us, because it’s unusual to have a familiar body type with an unfamiliar face, which makes it really scary. https://www.smithsonianmag.com/arts-culture/the-history-and-psychology-of-clowns-being-scary-20394516/

I like how you used your own personal example to support your argument. I think that this phobia affects people in different ways and I agree with you that the face paint and exaggerating of facial features are the main reason why people don’t like them. I think it would be good to research more about this topic and find some scientific evidence to support your claim.

I am drawn by your post “Why am I scared of clowns?” because I am also scared of clowns. I also am terrified by them. I don’t think clowns are useless but I agree that they’re quite frightening.

One sentence you wrote that stands out for me is: “Worse, the clown’s makeup might send mixed signals, such as when the clown has a painted-on smile but is frowning.” I think this because some people like to express their feelings through their appearance. Clowns might be wanting to express their true feelings but they can’t so they hide them.

Thanks for your writing. I look forward to seeing what you write next, because I am also scared of clowns. And what you posted is really informative. Clowns are supposed to be their for entertainment and not for harming people.

Yes, Michelle I completely agree with what you are saying about how the clowns really don’t have a purpose and are just scary. I have felt the same way about going on roller coasters because being so high up in the air scares me to death. I feel like it is getting harder to breathe or that my lung or just closing. This article talks about the effects that this can have on your lungs and health