Who will end up on the Iron Throne?

Home Who will end up on the Iron Throne? 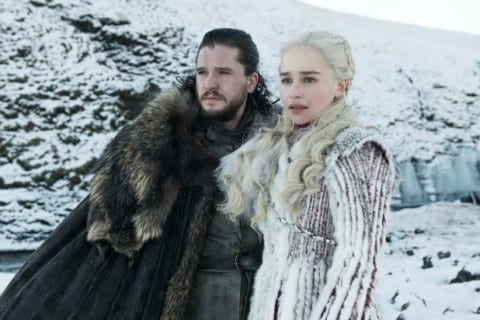 We all know there is only one thing The Mother of Dragons wants, and that is the Iron Throne. Ever since her family was thrown off and killed, she has been conquering many armies and getting many fighters on her side, so she can win the big battle.

Now that we know who Jon Snow really is, it is hard to see who will end up sitting on the thousand blades of the ones that Aerys defeated. What I want to know is if anyone will betray each other just to be King/Queen? Since Jon (Aegon Targaryen) is the last living Targaryen male, that makes him the heir to the throne. Since Jon and Daenerys have a thing going on it will make it difficult for them to get along. Jon wants what is best for Winterfell and his people, and he really did not want to be Warden of the North, Lord Commander of the Night´s Watch, so I do not think he will take the throne. I also think he will give Daenerys the throne out of guilt, since she has lost everyone she knew, oh and since she is his aunt. As said on Fandom, ¨it is revealed that the High Septon at the time annulled the marriage of Rhaegar and Elia and officiated the marriage of Rhaegar and Lyanna on the same day.[5] Whether or not the annulment officially delegitimized Aegon and his sister has yet to be confirmed, however, “Jon’s” apparent legitimacy as Rhaegar’s last living son makes him “Aegon VI”.[6]

Until the final episode gets here, we will not really know who will even win the battle for the throne. Now that the army of the dead are out of the picture, Cersei is left to defeat. But who will defeat her? Jon? Daenerys? Or some people even think Arya… We will find out soon enough and my question will be answered.