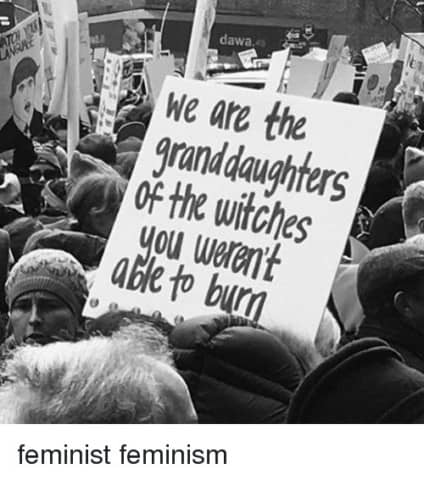 The article “Modern Witch Hunts” emphasizes how “witch hunts” have always been used to persecute already vulnerable and oppressed people. One of the biggest “witch hunts” that isn’t directly about the practice of witchcraft is the era of containment led by Joseph McCarthy in the 1950s. During this time, McCarthy focused on identifying people as communists and would violate their civil rights to prove this. This very closely resembles the witch trials due to the invasion of privacy and seemingly unwarranted accusations. In addition, the article also mentions the “Lavender Scare” as another form of a witch hunt where gays and lesbians were targeted and hunted down, so they were forced to go into hiding. Throughout history, there are many more examples of different groups who have been subject to violent persecution without reason. All of them share a common experience – being already targeted and violated. This affirms that witch hunts have always aimed at harming vulnerable groups of people.

In “The Embodied Goddess: Feminist Witchcraft and Female Divinity” The author discusses the role of reclamation of witchcraft in the transition to modern day feminism. Due to the heavy religious influence in our world, many women have been made to feel uncomfortable in the symbols and traditions of major religions, and therefore, have taken to reclaiming their “female divinity” as their pathway to transcendence. Many women have chosen to embrace certain elements of traditional witchcraft and integrated it into their feminism as a way of manifesting this power. One of the major symbols that feminist witches have claimed is the importance of the “Mother”. The idea of the mother is very important to this strain of thinking because they value the power of femininity and the individual strength that mothers have for themselves and their offspring.

In “The Witches of Gambaga”, the author describes North Ghana, there is a camp where women who have been accused of witchcraft are invited to live there as a way of escaping excess persecution. The author visited this camp in hopes of learning some of their stories. He was first denied at his reject to speak to the women by the chief of Gambaga. However, he eventually convinced them to let him in to interview some of the accused women. He found out that this isn’t just a place of punishment, many of the witches sent to the camp have been able to reconcile with their pasts and bond with other people who feel guilt over their past actions. However, many of these women have been subject to intense physical torture as a result of their label as witches. Many of these witches have chosen to embrace this, and still, identify with their pasts and identities tied to witchcraft.

Hi Mariah, I think that witch hunting is a very interesting topic. When you said “One of the biggest “witch hunts” that isn’t directly about the practice of witchcraft is the era of containment led by Joseph McCarthy in the 1950s”. This is a topic that no one pays much attention to anymore, but it in fact has gone on in modern society and should not be ignored.