Which Ninja Turtle are you?

Home Which Ninja Turtle are you? 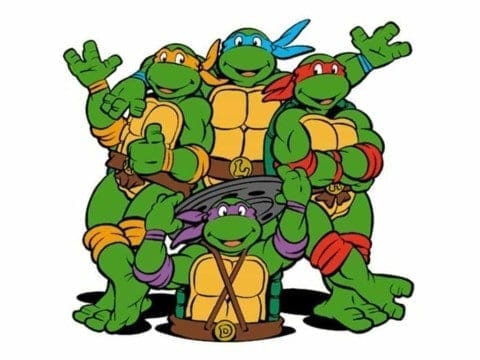 Which Ninja Turtle are you?

Someone who is very spiritual. Your the oldest out of all your siblings. You like to take things very seriously and you do them with great discipline. You are very wise with your decisions but also understand them very well with what your mentors tell you. You Would rather have two swords than one. Then you relate mostly to the Ninja Turtle, Leonardo,  Also known as Leo, is the turtle that wears the blue bandana. His signature weapon are two swords. Leonardo is the oldest out of the brothers. Leonardo is the most serious, the most spiritual, the most disciplined, and the most wise with Splinter’s teachings and thoughts, and is generally seen as the leader of the Turtles.

You’re someone who is very rebellious. You can get angered very quickly but also get very aggressive. You would prefer two weapons over one but not big long swords. Then you would relate to the Ninja Turtle, Raphael,  is the only one who retains a red bandana. Raphael wields twin sai as his primary weapon. He is generally the most likely to experience extremes of anger or rage, and is usually depicted as being aggressive, sullen, maddened, and rebellious.

You are someone who is very intelligent you engage in your school work or anything you do. Are you a person who would like to lead but would like to be co-leader. You love to engage in science and different types of technology. Someone who would prefer one weapon as your choice. he wears a purple bandana. His primary signature weapon is his effective bō staff. In all media, he is depicted as the smartest and second-in-command of the four turtles. Donnie often speaks in technobabble with a natural aptitude for science and technology. He is named after the Italian sculptor Donatello.

Someone who is very energetic yet fun-loving. You are very carefree but always ready to go into battle. You’re someone who always has the brightest flame in the room.  Then you relate to the Ninja Turtle, Michelangelo, also referred to as Mikey. He wears an orange bandana. His signature weapons are dual nunchaku, though he has also been portrayed using other weapons, such as a grappling hook, manriki-gusari, tonfa, and a three-section staff More fun-loving than his brothers, and the youngest of the group.

i really like your post it is very creative by showing people a simple kids show can have a bigger purpose with there very distinctive characteristics and show that each character represents something like how ralph is hot headed and incapacitate and mike is goofy and laid back and Donatello is smart quick thinker and is strong and leo is brave responsible and holds everyone together. i feel that this post is a way for people to express themselves or a way to compare there traits.

One thing you said that stands out to me is: “You love to engage in science and different types of technology.” I think this is interesting because I like to learn about technology and the since behind it. I hope one day to be able to create my own technology and supply the world with it. I ve been interested in technology since I got my first iPod.

Dear Kayden,
I am interested in your post because it’s something different from all these other post in youthvocies and something fun to look at. These posts are always interesting since it connects you to a character you watch or know about. One thing that stands out for me is “You’re someone who is very rebellious. You can get angered very quickly but also get very aggressive.” because that involves my moods and i relate to him more than any of the other turtles.

This post is very amusing and playful. The title originally drew me in to the post in the same way pop ads invites people. Im glad a simple cartoon could spark so much interested in who we are and am glad that we like to see ourselves in our childhood influences. I still cannot say for certain which turtle I am after all people are more complicated than characters. I am much more interested in who the turtles are named after and how that is seen in their personality and roles. I encourage you to write and essay that dives into this topic.

kayden,
I found this post to be very humorous and light hearted. Asking someone what kind of ninja turtle they are asks them to look at who they are as a person and what they have done. This post is about self reflection and it sure did make me think, i would say that i am more of a Michelangelo because of my personality and how carefree i am. https://www.quibblo.com/quiz/2rZxhfa/What-Teenage-Mutant-Ninja-Turtle-Are-You this link asks you questions about your personality to figure out what ninja turtle you are and this is what i used.

Kaden, I love how this post is so light hearted and interactive with the audience. It is quite a unique post, and I think it is a great idea to write about fictional characters and relate them to real life people. It can help us see just how much we really live in a comical and fantasy land just like them. It would be interesting if you did a backstory as to why you chose this topic. Do you feel a sense of comfort being able to relate to other characters? A backstory would really round out the reason the audience should read your post. It would also be cool to see a conclusion of how all these personalities mesh together in the end to make the perfect “squad” of ninja turtles and then link it to the real lives of your audiences. I found a website about how we create our relationships and personalities with the characters we meet in books and entertainment. It would be really interesting to see you incorporate some of what Norman says in this article. Good luck with your final piece, I am excited to see what you will make of this draft.

Hey Kayden,
I found this post to be very interesting and unique. I found out to be the Michelangelo because he relates and reflects a lot of my personality’s and characteristic’s. I would of loved to be Donatello just because of how he is. I feel like this post goes deeper into what your persona tells you about yourself.
If you took this quiz you would find out what turtle you are.

Hi Kayden,
I found your article to be engaging you talk about which ninja turtle are you? I feel like I’m either Donatello or Michaelangelo. This article expresses what type of person are you and how your personality correlates to a ninja turtle. I feel like you should’ve had an intro paragraph about the topic and introduce that there are four types of ninja turtle which you could choose from. This article also reminds me of what I took last year in Psych class, we took a test on personality and found what kind of person we are. I found an article about how your personality affects your health.

How are you doing there Kayden,
I found this post to be very unique. I would have never thought of what ninja turtle that I might be and it seems like I would be Donatello, even though I would like to be Leonardo. I believe that this article has a much deeper meaning to what a person’s personality can say about them and how they can relate to characters that they have seen on television. I found an article about how television characters may influence children’s personalities and shape how they will act in the future.

All in all, I found this post to be very interesting and I am interested in what other fictional characters I might relate to. I believe that there is a lot of factors that affect people’s connections to TV characters and that the one they relate to more is the one that seems the most like them. I really like the theme to your post Kayden and I hope you continue to produce ideas like this in the future.