Where’s the better place to live, New York or Utah? 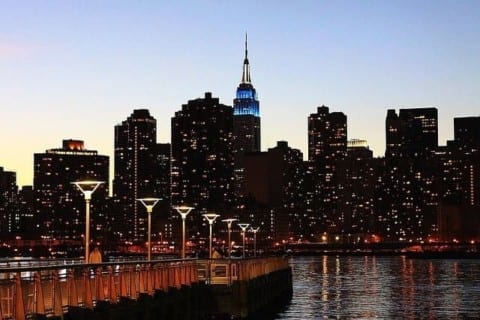 I am researching whether I would prefer to live in Utah or New York. When considering this question many words popped into my mind such as environment, people, hospitality and comfort. I researched the pros and cons of both New York and Utah and from there I will be able to decide based on my preferences what I prefer.

On the website movingtonewyorkguide I read an article called, Pros and Cons of Living in New York – the Ultimate List . According to this article, there are pros and cons to living in New York and Utah. First, I am going to evaluate the pros and cons of living in New York. The pros to living in New York range from career opportunities, safety, great dating scene and safety. Out of these pros I think the most important pros are safety, career opportunities, and awesome public transportation, respectively. Currently New York is the safest large city in the country despite its reputation for being crime ridden. Next, New York City is home to many headquarters for companies, ranging from finance, modeling, and marketing which is appealing for many different people. As for transport, New York has one of the easiest, cheap, well connected transport system whether that be by subway, train or taxi. If there is a will there is a will. As for the cons, ones that may make you want to reconsider to moving to New York also range from a variety of different things, including the weather, expenses, and very crowded. In New York City, expense comes into play when considering your living situation and pretty much anything else you want with monetary value. Taxes are high, living spaces are small and everything cost a fortune. A local resident even states,“Welcome to the land of the $10 dollar bud light.  Yes, you can seriously pay $10 for a bottle of light beer at some high end bar….. I’ll give you a few seconds to recover from your mind being blown upon discovering that fact.” Another con is the fact that over 8 million people live in this city and that makes for a lot of trash and noise. Now, personally, New York has an extra pro for me and that would be my family. My mother’s side lives in New York and I have grown up visiting them and it would be nice if I could see them more often.

The next article I read was called “A Calfironian in Utah: 5 Pros and 5 Cons” by Kelsey Anderson. In this article Kelsey reviews the pros and cons to living in Utah. The biggest cons mentioned in this article is that of the inversion layer, liquor laws, and Sundays. The inversion layer is a serious issue during the winters here. Because we are in between two mountain ranges the pollution gets caught in the valley and causes horrendous smoggy, polluted air. The next con is liquor laws and the fact that anything about 3.2% is considered liquor which means you have to buy regular coors light in a liquor store rather than a grocery store. The last con is Sundays. Due to the fact that Mormonism is the majority, it has a huge effect on the state. On Sunday, close to most stores are closed or have short hours on sunday due to religious duties. Kelsey points out that cons can hit you at the same time, although she has found a solution to “make like a chipmunk and stock up at the nearest State Liquor Store on any day, except for Sunday. Because everything is closed on Sunday.” The pros to living in Utah include mountain accessibility, people are nicer, cheaper to live here and outdoor activities. The mountains are a 30-40 minute drive away and sometimes even closer than that. People are friendly and like to keep the conversation going. It is cheaper to live here than in major cities around the U.s. Real estate is cheaper, gas, utilities, food and restaurants everything is cheaper. Lastly, it is full with outdoor recreation such as hiking, swimming, biking, skiing, snowboarding and running, Great for athletic people.

These two places are considerably different and if anything can be considered opposites. After some research, logically I would prefer to live in Utah. I can deal with Sundays and liquor laws (obviously since I am under 21) but it would suck to live in a highly expensive place that is crowded such as New York. I love my family in New York but the cons of New York outweigh the pros and therefore the answer to my question is I would prefer to continue living in Utah, plus the skiing is great!