Where Has Our Reality Gone?

Home Where Has Our Reality Gone? 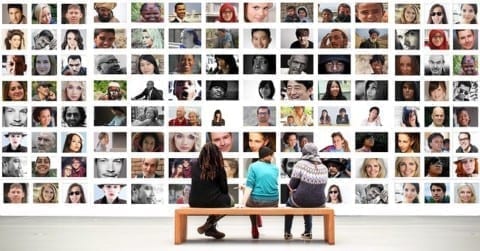 The technological advances in the 21st century have been monumental, but have they been necessary? In today’s world, especially in America, society has been caught up in social media advances, trying to keep up with viral news and distracting videos. A false reality has been created in sites including Instagram, Twitter, Snapchat, and many more. These platforms have found their way into almost everyone’s daily life in America. “As of 2016, 78 percent of the United States population had a social networking profile”,creating false perceptions, biases, and distorted views of reality.

One huge disadvantage to social media today is the perception of people’s “realities”. Social media users tend to stretch the truth or create unimaginable lives. Studies show that “up to 75% of people using social networks experience disrupted sleep in the evening hours after using them. And even worse is that half of users surveyed pointed out that social media made their self-esteem diminish and their lives seem less vibrant or even interesting because of the seeming perfection of their “friends” lives”. A “perfect” world has been created for users and their accounts to get away from actual reality and world events. This overuse of media outlets has grown so much that many young adults are beginning to turn to them as a source of validation and false reality.

Although social media has taken great strides in the recent years to transform the cyber world, there are still many kinks that have come along with it. These platforms need to focus on concepts of being less antisocial, creating a safe space, while also creating a reality where people can share true stories and realistic messages.

Ronnie, do you see any way to curb the negative impact of “social media?” Who enforces what is right or wrong? I see it getting worse and worse, as has been.. We can’t teach informed knowledge and consent. Ain’t happening. To me it’s a sad state promoted as the best of all advances. I believe I can express my ideas, but it is shoveling against the tide.