“Where Are the People?” Article

Home “Where Are the People?” Article 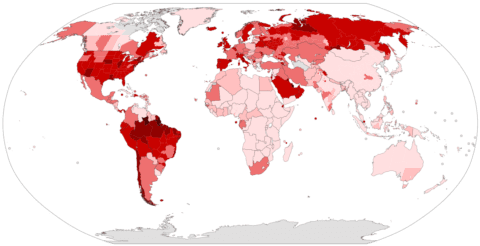 In the article, “Where Are the People?” (upfront) I learned that hospitals in some parts of Italy are shutting down their maternity wards.  This horrible situation has been caused by the fact that the global trend toward more deaths than births seems to be accelerating.  It has also been caused because the era of high fertility is ending. Some examples to illustrate their situation are, “As women have gained more access to education and contraception, fewer babies are being born”.

I think what is happening all around the world is a huge crisis. This is because, with fewer births, fewer girls grow up to have children, and if they have smaller families than their parents did, the cycle speeds up. It is horrible because the rates are decreasing very quickly.  It’s hard to imagine that fewer people are having kids and things are going to change due to this. Some countries, like the United States, Australia, and Canada, where birth rates hover between 1.5 and 2, have blunted the impact of lower birth rates by encouraging immigrants to come and settle.

What are your thoughts on how people should increase or keep the population just right?