When will the human race come to an end? Argumentative Research Topic Part II

Home When will the human race come to an end? Argumentative Research Topic Part II 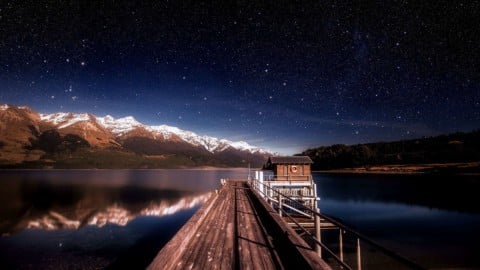 After reading the article “We have a choice of many kinds of apocalypse”, I have come to a realization that I have had a fairly narrow view of how we as a species could potentially meet our demise. Besides Armageddon via extraterrestrial collision or sheer overheating from the destruction of our ozone layer, there are a variety of other ways that we could perish as a whole. Pandemics from unknown or even known diseases, nuclear wars from rivaling countries such as the United States and North Korea, or simply just running out of all necessary resources. The main thing that I am trying to get across is that if we don’t figure out a solution to many of the problems facing our world and us today, it won’t be too hard to put a timer on how long we will be around.

Of course, there are some proposed solutions to some of the daunting issues or hypotheticals that have a likely chance of happening. For example, the author states that to combat a deadly asteroid impact would be to set off a large set of explosions near it to alter its course. Or, perhaps, converting it into a vessel that could potentially sailed into another direction. But with these proposals comes a healthy dose of doubt, as doing any of this would be far from any realm of possibility depending on the size of said asteroid. And for issues such as global warming and overpopulation throughout the entirety of our planet, there is virtually nothing that can be done about it to reverse all of the damage that has been done.

Another potential doomsday scenario which is well within reason would be solar flares that would not necessarily kill anybody, but render all computers and technology in general entirely useless. Such a situation would send the masses into pandemonium which would result in utter anarchy. And because we have such a dependence on technology for sustaining many things such as fuel, water, and communications with far away areas, whose to imagine how extensive the damages of a situation like this would be. Scientists have proposed that putting a large number of resistors in the ground to lessen any of the potential damage that a geomagnetic storm like this would cause, but they doubt that we will be able to create enough in time. Needless to say, this would not be the most deadly of “end of the world” occurrences, but its effects would certainly lead to catastrophic consequences that would result in civilized society and a large chunk of people to disappear entirely.

Some of the other articles that I read that were titled “The end is nigh – but when exactly is nigh?” and “Killing machines; Humans and mass extinction” discuss other topics that will eventually lead to our demise as well. The first of the two articles speaks of when exactly the end of the world will be at the rate we are going. Though everybody is speculating that it will happen, when exactly is it? The second article speaks more of how our destruction of other species and nature in general isn’t helping our case either, as we need to coexist with them in order to form a mutual trade of existence. However, we seem to act very callous towards other beings and by the time we realize the damage we have done, it will be too late to salvage anything. Hopefully we can rectify these issues one day and stop any further problems that we cause in accordance with the rest of life on planet Earth.

Billy, I absolutely love posts like this I have spent a considerable amount of time thinking about our Earths demise and how we will become a single blip in time. There are so many crazy theories to how we might die some more realistic than others. To be honest I would like to see how some of these theories would play out. We may still be alive when our world comes to an end but I doubt it. Because of this I will never see how the World ends and I would actually be very interested into how it does. If I could take a step back and watch many different realities of the many apocalypse you spoke of in your article like a simulation I would. Keep doing research I would be very interested in what you find. Heres a article that might help you.
https://www.thesun.co.uk/tech/4522411/will-the-world-end-on-september-23-2017-no-but-here-are-six-other-major-threats-to-humanity/

Billy,
This is probably the most interesting post I’ve read on this website. I really like this post because you aren’t making this topic into a joke, but it is in all seriousness. And I agree with you! I think pandemics and epidemics will eventually get to the human race. Our vaccinations and shots are starting to create super-viruses that our bodies won’t be immune to (especially through the antibiotics found in meats). I also heard the flu epidemic going around right now is “killing 4000 people a week” (which I highly doubt, but it is still really scary to think about because maybe it isn’t a flu but a new virus with flu-like symptoms). Also, the movie Contagion comes to mind when I read your first paragraph about pandemics and I recommend watching that movie! Here is an article you might like: https://www.motherjones.com/food/2012/07/antibiotic-use-vaccines-factory-farms-creating-new-pathogens/