When will the human race come to an end? Argumentative Research Topic Part 3

Home When will the human race come to an end? Argumentative Research Topic Part 3 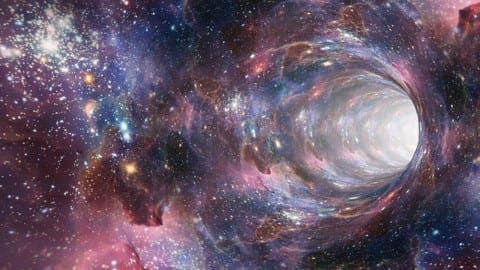 As I was searching around the EBSCO databases I found a very interesting article entitled “The Sky is Falling.” which was a scientific piece that focused on how an impact by some sort of space rock or object could cause the mass extinction of the human race . However, this article brought about far more statistics and stated facts compared to the previously ones, which made the idea of our potential downfall all the more looming and terrifying than what it already was. If there was ever a time to be worried about a cataclysmic event to happen, it would most certainly be within the next few centuries.

The author of this article brought about many different ways about how a supposed space object could cause major harm to this planet, the first of them being that the debris and dust kicked up by the collision of a sizable object would not only level that area, but also produce a toxic cloud filled with various chemicals that would engulf the entire atmosphere. And following that, crops and plants would be unable to continue to grow which would cease production of oxygen and food. From there, there isn’t much that can be done. Another supposed event that could happen is that a very large object could cause a massive tsunami with proportions unseen ever before, one that would be countries in length and skyscrapers in height. A tsunami such as this would ravage coastal areas, or if a big enough one were to hit land, an entire continent could be destroyed in an instant. In addition to that, years of winter and mass starvation would follow suit soon after.

A series of asteroids were also recently discovered out towards Neptune in a formation known as “The Kuiper Belt”, in which some of the asteroids span over 100 kilometers across. These asteroids are far larger than the ones that decimated the dinosaurs all those years ago, and if one were ever to happen across Earth, our efforts would be futile to attempt to stop it. They are actually even referred to as “planet killers” because of their massive sizes. And even beyond the Kuiper Belt is the supposed Oort Cloud, which supposedly houses trillions of comets which are consistently being pulled out of orbit towards inward planets due to gravitational forces from the relation of our solar system to surrounding stars. However, some of these factors are only theories. And perhaps the scariest quotation taken from this entire excerpt is when the author asked about the probability of a potential strike to a professional scientist:

“By the mid-1990s, researchers began to say that the threat was greater: perhaps a strike every 300,000 years. This winter, I asked William Ailor, an asteroid specialist at The Aerospace Corporation, a think tank for the Air Force, what he thought the risk was. Ailor’s answer: a one-in-10 chance per century of a dangerous space-object strike.”

Another article I read that was entitled “BREAK-IN AT Y-12” which showed how vulnerable American nuclear weapons sites are considering that three nuns were able to infiltrate the facilities with relative ease. Knowing that not even our most powerful weapons in the country and possibly even the world are safe from relatively unskilled people is quite disheartening, and shows that a group of highly trained professionals would easily be able to bring down the world if they wanted to. Another article that I found rather compelling was called “WILL A KILLER ASTEROID HIT THE EARTH?” which basically reiterated previous statements made in the first article that I analyzed. It seems as though an asteroid hitting Earth is the most probably cause of mass extinction that doesn’t involve any consequences of human progress or pollution. And because the evidence of it is happening in the near future is so high, it makes it all the more scary to think about.

*Note: I was unable to find direct access to article online so reader must be logged onto EBSCO Databases

Hey Billy, This is an amazing topic that has potential for a multitude of points of view. This is a somewhat scary topic to discuss because it is talking about the unpreventable demise of the human race. I personally think that it will be humankind that destroys itself. We are constantly developing things that can bring great harm to our environment as well as ourselves. I found an article that talks about one idea about how the world will come to an end due to a population outburst and deteriorating resources.
http://www.chicagotribune.com/news/nationworld/science/ct-stephen-hawking-escape-earth-20170505-story.html
This is idea for a research essay and am curious to know about how humankind will meet its demise. That sentence I wrote sounds terribly dark, anyways good luck.

Billy,
This is a crazy and scary topic. You have a host of good evidence here, and it’s going to be a really good essay in the end. My question for you is, since this is an argumentative essay, when do you think the human race, and do you think it will be natural or human-caused? Another thing to consider is the group of scientists that calculate the “doomsday clock,” since they are experts on the issue of when the world (at least for humankind) is ending (and we’re really, really close). The contemporary “end of the world” is this argument that does not seem to be dissolving between the U.S. and North Korea. Read this article: https://nypost.com/2017/10/11/north-korea-to-us-were-on-the-brink-of-nuclear-war/ … and tell me what you think.
Hunter

Billy!
What a great start to you research essay. You had great evidence and multiple argumentative points, which is the most important part of a research paper. I never knew there were meteors of that great of a size just floating around in space; that is terrifying! I also never knew that a meteor hit is the thing that will most likely lead to our world’s complete deterioration. Then again, I usually don’t think about the end of the world. You should look into this article http://www.independent.co.uk/news/science/huge-asteroid-that-could-end-the-world-is-defying-gravity-as-it-moves-towards-earth-scientists-say-9670910.html it mentions multiple studies that have to do with your same topic. That website actually has many articles that discuss mass meteors, and their likeliness to hit Earth, etc. You should definitely check it out! I hope they help.
Jenessa