When will a replacement for Justice Ruth Bader Ginsburg occur?

Home When will a replacement for Justice Ruth Bader Ginsburg occur? 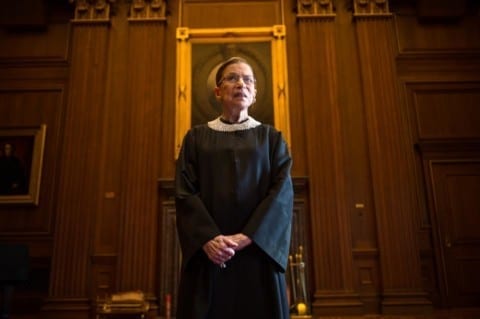 The supreme court has lost a great leader, Justice Ruth Bader Ginsburg. After serving for 27 years she passed away in her home.  She was a major advocate for abortion rights, gay rights, religious liberty, and environmental regulation.  Her stance was more liberal than conservative.  After her passing, she stated she didn’t want to be replaced until after the new presidential elections.  Although years before Senate Majority Leader Mitch McConnell, a Republican denied President Barack Obama to replace another supreme court figure so close to elections, is now claiming for Donal Trump to allow a new replacement as soon as possible.  Despite his stance from years before.  This would set the supreme court with more conservative over liberals.

After reviewing the article “Justice Ruth Bader Ginsburg Dies”, I believe senator Mitch McConnel should stick to his stance from years before.  In my opinion, he is rushing to get more conservatives in the Supreme court.  The replacement should be held after the new presidential elections since it’s too close ahead.  I think this too early nomination could be detrimental to the rights of abortion, the gay community, and the environment.

Why could be the effect of a replacement of Justice Ruth Bader Ginsburg under the Trump Administration?

Hi Zhelanea!
I completely agree with what you’ve said about Mitch McConnell. He does want to add more conservatives into the Supreme Court. Yet, as we’ve currently seen they did not respect Justice Ruth Ginsburg’s wishes after she passed. The reason is before the 2020 election they did replace her with newly selected Amy Cohen Barrett. With that being said she has opposing views as Justice Ginsburg, which I see as another sign of disrespect to her wishes.

Ruth Bader Ginsburg will forever be a part of our history but we need to decide how her story ends. Do we disrespect her last wishes or do we decide not to follow precedent, something she cared quite a bit about as a SCOTUS, and replace her seat before election day? I think that many conservatives in government refuse to see how hypocritical they are being when they are pushing for Amy Coney Barrett. Lindsey Graham said to use his words from 2016 against himself if he steps in the way of the will of the people by choosing to vote in a new SCOTUS right before the 2020 election but when we did, he said that democrats would do the same ( refer to this article https://www.nytimes.com/2020/09/21/us/politics/lindsey-graham-supreme-court-reversal.html). Whether democrats would do the same or not, is irrelevant, because it doesn’t make going back on his promise any better. I completely agree with you that we should delay the SCOTUS hearing because if the republicans are so confident in their nominee winning the race then there would be no need to rush a decision. What do you think that normal citizens should do to stop ACB from being sworn in against the peoples will?

I agree with your outlook on the political views of Mitch McConnell. I don’t think it’s right for him to change his views just because of the party affiliation of the presidency. Changing political views when it is only individually beneficial is morally wrong. Ruth Bader Ginsburg was an advocate for countless people and it’s only right that a situation is put into place in which a replacement for her is able to do the same thing and continue her work.

I totally agree that Ruth Bader Ginsburg was a champion of certain rights for individuals, and her time on the court will serve a lasting impact on the country. However I believe that the country still needs to uphold the constitution. RBG in her own words said that Presidents serve for four years, not three years when Obama tried to pass his own replacement for the late Justice Scalia. You also brought up the fact of Conservative domination of the court. I feel that political and personal views are irrelevant since the Justices serve an oath to uphold the values of the constitution, and not of their own ideology. In the confirmation process of Amy Coney Barrett, Donald Trumps nominee for the Supreme Court, she has stated she is not serving to strike down the rights of Abortion, Gay Rights, etc., and that she hasn’t and never will impose her Catholic belief on others while she was a judge. All in all, the next in line of RBG has a big shoe to fill, and I hope that person can live up to her legacy.

Ruth Bader Ginsburg has touched my heart with what she stood for. I am so sad to see such a phenomenal role model pass away, only for the current president to try and replace her with a much less worthy replacement. I agree with you fully on waiting until the election to appoint a new justice for a few reasons. One of them being the fact that the Republicans seem to switch sides when it benefits them most which is quite unfair. We should stick to what has happened in the past. Also once a new president is elected this person will be the person who the majority of America would like to represent them. So, it only makes sense for the winner of the upcoming presidential election to decide the new Supreme Court Justice, because they would be selected with the current values of the American people as a whole. Do you agree?