When Mental Illness is Severe

Home When Mental Illness is Severe 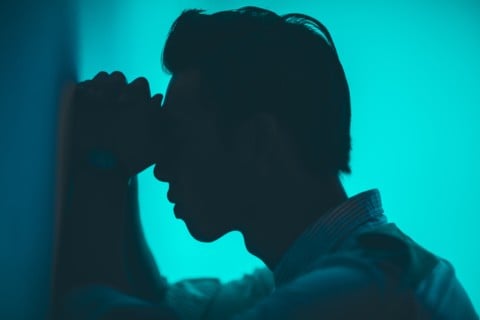 In the New York Times article, “When Mental Illness is Severe”, the author discusses the consequences of untreated mental disorders and the severity of the situation in our modern society. If we look at some real life examples of this, some terrible events were due to ignored mental disorders were events like Sandy Hook and the shooting in Columbine High school. These were due to severe mental disorders that went untreated and crossed the point point to horrendous actions. Though these acts of terrorism were caused by mentally ill people, people with severe mental disorders usually the victims of crimes. Since their emotional state is unstable, they tend to be easier to target in crimes. In the late 1900s (70s-80s), the treatment that they performed in mental wards and asylums was quite unethical and only made the patients mental problems worst. According to the author, the facilities that are housing the most mentally ill people are the County Cook Jail in Chicago, Twin Towers in LA, and Rikers Island in New York.

The author of the article states that the majority of mental illnesses crises that are reported on a 911 call, law enforcement is usually the first to respond. In these crises, law enforcement tends to handle the situation with brute force and head on methods that they would usually use for brash, violent criminals. This just proves the lack of knowledge law enforcement has on the field of mental illnesses and treats it as if the person with the disorder has malicious intent; probably due to past events where people with mental illnesses have committed hanses crimes . The situation rather needs to be dealt with in a proper manner before taking any immediate action towards the person in the the mental health crises. In conclusion, our society treats individuals who suffer from mental disorders as if they’re abnormal, erratic people when in actuality they are human beings in need of dire assistance. When we ignore these cases, mental illnesses will only become more severe, snow balling into a major problem.

I am satisfied by your text “When mental illness is severe” because it really does give a good understanding how some of the things that they do to people with illnesses just makes them worse. They did not choose to have this life but they are still human beings and should be treated equally no matter what.

One sentence that you wrote that stands out to me is , “This just proves the lack of knowledge law enforcement has on the field of mental illnesses and treats it as if the person with the disorder has malicious intent”. Many people need to learn how to understand and deal with people with mental illnesses not just make their feeling worse, the more pressure you put on them the rougher they take it. I understand this very much and it really upsets me how officer can’t even control them they just instead have bad manners and bad ways of handling them.

Thank you for your writing. I look forward to seeing what you write next, because what you wrote right here is something that everyone needs to hear and learn from it. I hope to see more of your disagreements towards other articles of yours.

I am intrigued by your post, “When Mental Illness Is Severe”, as it discusses the importance of handling mental illness with appropriate manners. Throughout this decade, there have been many tragedies or occurrences dealing with people who have mental illnesses. It shouldn’t be ignored or handled incorrectly to prevent such tragedies from making its way to the surface again.

One sentence you wrote that stood out to me is, “In conclusion, our society treats individuals who suffer from mental disorders as if they’re abnormal, erratic people when in actuality they are human beings in need of dire assistance”. This is important because we shouldn’t treat these people as issues but people who need assisting with their mental illness.

Thank you for this writing. I look forward to what your next writing is, because you bring up issues that need to be addressed more often. I would like you to continue writing about issues regarding mental health and how society can learn ways to handle these mental illnesses.