When Life change ” The Glass Menagerie” 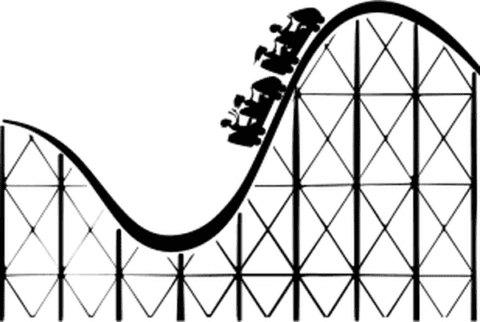 Recently, I read The Glass Menagerie by Paul Newman. I felt interested to continue reading the book because I think that the story involved was a pretty excellent story to get to know better what the fate of the Windfield family was going to be. This feeling of interest that the play awakened in me came from scene 2 until the last scene because I truly want to get to know Laura who was always a talkless character in the play. Therefore I would like to understand why she was that shy and what would happen if she found her gentleman Caller. Laura seems like an interesting character that needs to be discovered in the deepest way to do things because there is no way that a woman has no interest in even having a gentleman caller.

The protagonist is Laura. Her story is set in Saint Louis in 1937, at their family apartment. The significance of the apartment or this setting is that the character barely goes out of the apartment to talk to people and get to know more people, it’s pretty important that this is the setting of the play because this is where the character give life to the story because in that town exist the significant true of the family and their past. While the play is taking place the character even goes to highschool in the same town with his brother and happend to have a crush that comes from their same town and high school, therefore the story behind the small town is what shapes this character to even know more about her. The significance of the setting shifting from the streets of St.Louis to the apartment even though at the same time comes from the interest because it’s where the story hit the climax of the whole play which is her as a young beautiful lady to have her first gentleman caller. In the apartment the protagonist is able to live with her brother Tom and her mother Amanda but as Laura is able to leave her she’s not able to talk a lot with her family because they have a little confident issue because neither Laura or stand their mother pretty well so she decided to keep things to herself instead of talking a lot with her mother.

Laura faces certain forces and pressure from her mother because her mother wants her to be more outgoing in order to give her family a better future. Laura is against having a gentleman caller because she knows that her mother is not prepared to understand that she needs and wants to be with someone he likes, knows and loves but her mother wants her to be with someone that would take her family to another level money wise. She meets these forces and pressures by deciding to get to know her gentleman caller. You can see this early in the play on scene six where it says “ LAURA stands in the middle with lifted arms while AMANDA crouches before her, adjusting the hem of the new dress, devout and ritualistic.  The dress is coloured and designed by memory.  The arrangement Of LAURA’s hair is changed; it is softer and more becoming.  A fragile, unearthly prettiness has come out in LAURA: she is like a piece of translucent glass touched by light, given a momentary radiance, not actual, not lasting.” . This is trying to show that even though Laura did not want to have a gentleman caller she was starting to get ready to make this night go fast and see what the destiny was bringing her in without her knowing that was the man that she used to have a crush on when they were teenagers.

The tension rises when Laura discovers that Jim O’connor was going to be her gentleman caller, she was feeling pretty disgusted to receive him at their house that she was even planning how she is going to be excused from being at the table when the time to eat arrieves. This might leave a reader feeling intrigued because as readers they would like to understand and know what happened between her and Jim before that she’s so nervous to face him and to even be in under the same roof. On scene 6 it can be seen that she does not want to open the door when she realizes that Jim was the one coming. “ LAURA: There was a Jim O’Connor we both knew in high school – [Then, with effort.]  If that is the one that Tom is bringing to dinner – you’ll have to excuse me, I won’t come to the table.”

The play climaxes when the light went all over the house and Jim tried to get a moment with Laura and they started talking about themselves and from where do they know each other and Jim was trying so hard to get the words out of Laura’s mouth.