When, if ever, is testing on humans ethical?

Home When, if ever, is testing on humans ethical? 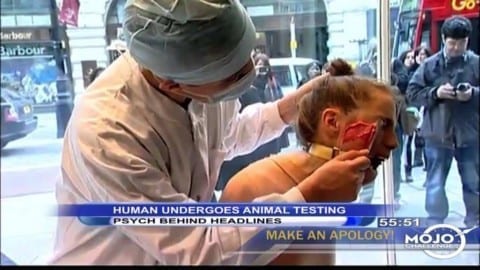 Testing on humans was not ethical because from all of the experiments I have learned about not one of them follow these ethical rules.

Beneficial? This principle has put me to think a lot. Especially after reading an article that had the timeline of the Tuskegee Study that was done in 1932. The article Tuskegee Study – Timeline – CDC – NCHHSTP stated, “In exchange for taking part in the study, the men received free medical exams, free meals, and burial insurance” (U.S. Public Health Service Syphilis Study at Tuskegee, CDC). This quote states how in exchange of the men risking their lives and letting these physicians do experiments with them, the physicians would “treat them well”. In the human testing I have learned about there has been studies when the experiments were beneficial to the humans who were tested on but then also it was most beneficial to the people who are running the test because they are getting what they want which are the results. But overall I believe that any testing whether it is on human, animals, plants or whatever it is, it is always beneficial because we find new discoveries and learn new things which is something that is always good and will benefit us somehow in the future.

Justice? Now, this is the principle that brings very strong emotions in me because experimenting on any living organism is just so unfair to me. Specially when it is done in human I believe it is not acceptable because obviously I am a human and I can assure you I will never want to be part of any experimenting and risk my health and life. I understand that these experiments are done for a reason and that we need to run test and do experiments somehow but that it why there is computer modeling to help us. Human testing is specially injustice when it is done without permission. How are you going to 1.) run experiments that can cause death on a human and 2.) run the experiments and not let them know what it is that you are doing on them and not inform them of the results it may lead to? In an article about the experiments that Josef Mengele did on the twins it stated, “SS officer shouted in German, “Zwillinge!” (Twins!). Parents were forced to make a quick decision. Unsure of their situation, already being” (A History of Mengele’s Gruesome Experiments on Twins). This quote illustrates one of the main reasons why I believe human testing is not justice. All these deadly experiments are being ran on people without their consent. Experiments that lead to death were being ran on people without them being aware. Does this sound fair to you? Because it certainly sounds very unfair to me. Additionally, in an article about HeLa cells it stated, “Henrietta’s cells (more commonly known as HeLa cells), were taken without her consent when she was being treated for cervical cancer and were considered to be immortal;…Henrietta Lacks is the woman behind the cells that revolutionized the medical field – helping develop the polio vaccine, cloning and numerous cancer treatments”(Ethics of Informed Consent and the Legacy of Henrietta Lacks). What this quote explains is that Henrietta Lacks’s cells were took and were being used for the benefits of other medical experiments without the consent from Henrietta nor her family.

Autonomy? This ethical rule connects back to the other two we have talked about, justice and beneficial. Based on the articles I have read and the experiments I have done research on human testing does not follow the ethical rule of autonomy. For example, in the Tuskegee Syphilis study the male participants were not voluntary in the experiments they were manipulated and told that they would get fed, free medical exams and burial insurance if they let them run these experiments on them. Additionally, using this same example of the Tuskegee Syphilis studies in the article it said, “However, there was no evidence that researchers had informed them of the study or its real purpose.In fact, the men had been misled and had not been given all the facts required to provide informed consent…The study was conducted without the benefit of patients’ informed consent. Researchers told the men they were being treated for “bad blood,” a local term used to describe several ailments, including syphilis, anemia, and fatigue”(U.S. Public Health Service Syphilis Study at Tuskegee, CDC). This means the participants were not informed about what was being ran on them nor the health risks or side effects they would experience which means these experiments from 1932 did not follow the ethical principle of autonomy.

Last but certainly not least, non-maleficence? Do no harm, this is an ethical that human testing certainly does not follow. In the experiments ran on the things by Josef Mengele the twins suffered so much and died, “About 3,000 twins were pulled from the masses on the ramp, most of them children; only around 200 survived” (A History of Mengele’s Gruesome Experiments on Twins). This statistic shows how bad these humans were taken care of, blood was transfused from one twin to the other, injections on their eyes and spines were injected, and surgeries without anesthesia was performed on them. The children experienced all of this and died but for the ones that survived if their twin did not than they would get killed just because their twin did not make it through. The life of the twins were not tried to be saved and were only caused harm on. Additionally, going back to the Tuskegee Syphilis experiments, in the article it also illustrated when the lives of those men in the studies were not cared for, “Even when penicillin became the drug of choice for syphilis in 1947, researchers did not offer it to the subjects”(U.S. Public Health Service Syphilis Study at Tuskegee, CDC). This proves how even when the doctors had treatment for the illness the men had they chose to not I’ve it to them. The doctors did not try saving the lives of the men or reducing their risk of developing other health issues.

In conclusion, I believe testing on humans was not ethical because when experiments are being ran on humans their lives are not being cared for or respected.

I believe this article was trustworthy enough to use evidence from it n my blog because it is current, and also because it was given to me at school which means the information in it is valuable because my teachers would not give me information if they knew it as wrong or not trustful.

I was intrigued on your blog about animal and human testing. I really liked how you collected all of the information we learned in class. Another thing I really liked was how you gave a brief summary of each principal of bio ethics and how they relate to your research. I totally agree with you that human and animal research was not ethical because researchers put others lives at risks. I look forward to see what you post next!

Dear Eli,
I am filled with joy to get to read your writing. It is amazing and I really love the points you’re trying to make. You show a lot of strength in your writing and I like that. One quote that stood out to me was, “ This quote illustrates one of the main reasons why I believe human testing is not justice. All these deadly experiments are being ran on people without their consent. Experiments that lead to death were being ran on people without them being aware. Does this sound fair to you? Because it certainly sounds very unfair to me.”. I really liked this sentence because how much you connected with us as readers and questioning our own thinking. This quote was super strong and I really connected with that feeling. Another sentence I saw was, “In conclusion, I believe testing on humans was not ethical because when experiments are being ran on humans their lives are not being cared for or respected.”. I like how you concluded with answering your question, good ending. I also agree with this. One thing I have to disagree with is this line, “Specially when it is done in human I believe it is not acceptable because obviously I am a human and I can assure you I will never want to be part of any experimenting and risk my health and life.“. I disagree with this quote because I don’t think it’s fair to just assume that because your the same species you can assume no one would want to be apart of human experiments because you wouldn’t know. Thank you for writing. I look forward to seeing what you write next, because your work is really interesting. I really appreciate getting a chance to read your work. If you’d like please reply.

Dear Eli,
Your blog stood out to me because you were able to express how you feel about testing on living organisms but at the same time be specific and give evidence why it is unfair to you. A specifically part that stood out to me was when you talked about the principles of bioethics because in reality no one connects non maleficence to animal abuse. Thanks for your writing. I look forward to seeing what you write next, because your work is very interesting.
Sincerely,
Grady