When are you really an Adult?

Home When are you really an Adult? 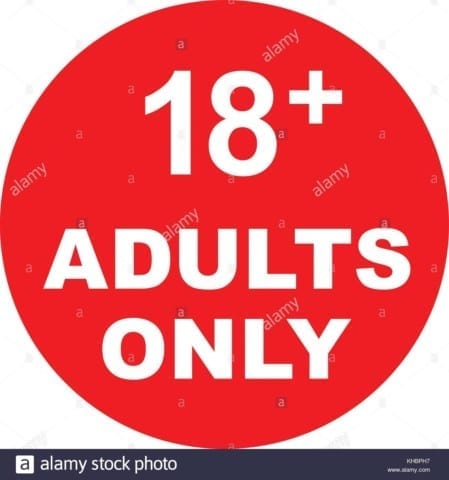 When do you really know when you become a so called “Adult”. Some states have it to when you turn 18 you are physically turned to an adult but are you really mentally an adult. Also some people say if you cannot consume alcohol at the age of 21 but why are they making it so at the age of 16 you are being eligible to vote. In some states by the age of 14 you are being able to vote and you are considered an adult and do other things that 18 year olds can do. Also in some states if you are under 18 you are considered a minor and if you commit a crime they tend to go easier on the penalties they give you but if you turn 18 and commit a crime things won’t be as easy as the underaged.

In my opinion I say that the age to be able to do all of these things (Voting, drinking, driving, etc) should be done at the age of 21 in all states because you are mentally prepared for it. Also I believe that the law enforcement should not be so light on juveniles because most of them do know what they are doing and they see that getting introube is like a game for them.

So When is the actual age you become an adult?

Dear Gerardo
I am surprised by your post ¨ When are you really an adult?¨ because there
isn’t an official age to be called an adult. However, I feel like it depends on where and how you grew up. One sentence you wrote that stood out to me is¨ Also I believe that the law enforcement should not be so light on juveniles because most of them do know what they are doing and they see that getting in trouble is like a game for them.¨I think this is sad that they let that ¨minors ¨ get away with bad things when they know exactly what they’re doing. Thanks for your writing. I look forward to seeing what you write next because I find these topics interesting.

Hi Gerardo, I think this is an interesting topic to talk about. So many things are available to you when you turn a certain age when your 16 you can drive, 18 you can vote, and at 21 you can drink alcohol. I think that these ages are set to teach responsibility, so you are prepared for adulthood. Many people aren’t ready to move out and become an adult by the age of 17 that is why I think the juvenile system is in place to show children how there life could be. I think the ages that we have set in place are good, because they allow us to grow and mature, slowly and responsibly.

Gerardo,
I think this is an interesting topic to bring up. There are so many discrepancies between state laws that are based on age, like when you are able to drive a car legally or even when you can rent a car. Also, I feel as though it is weird that 18-year-olds are considered old enough to make decisions about joining the military or voting, but are not considered old enough to consume alcohol. The major reason for all these discrepancies I believe is directly connected to our federal form of government, which allows states to have the power to make their own laws based on what they deem is correct. I think because the government deems us as “adults” when we are 18, we should be able to make decisions like whether or not we want to drink or if we can drive a rental car.

Gerardo,
I think that this is a very valid thing to question. I do no think that we should be able to make life changing decisions at such a young age. I think driving is ok at 16, since you tend to take on more responsibilities as you get older. However, I don’t think voting, drinking, and legal adulthood should be granted until 24. Now I know this seems much too late but I have my reasons. The prefrontal cortex, which is the part of your brain that controls decision making, isn’t fully developed until you are about 24 years old and alcohol and drugs can damage its development. We shouldn’t be making these important decisions until we are fully capable to make a meaningful and smart decision. I’ve linked an article that explains the significance of the prefrontal cortex below. Thank you for your input on the matter!
https://ucdneuropsychologylab.wordpress.com/2018/12/17/why-is-the-prefrontal-cortex-so-important/

I agree with the fact to be considered as a grown up adult when you get 21 years old. I don’t see what’s that point of letting people under 18 years do things that only adults should be able to, have they wonder if 16 years old juveniles are already prepare to get involved in politics world?. I would like for this country to clarify when are you really considered as an adult? because some under ages is treated as they were over age and not only by society, but also for the laws that rule the country.

I think this is a very hard question to answer. In some places, people are even allowed to get married as young as 14, but in others, you have to be at least 19 to be considered an adult. This shows how there is no universally defined line as to what makes you an adult. When you said that 21 should be the legal age to be considered an adult, I would have to disagree. I think that it should be the age of 18. But do you know that the human brain doesn’t fully develop until the age of 25? Do you think that this is important to consider as to what it means to be an adult?

I am intrigued by the question of “When are you really an adult?” Because it’s something that makes me think very hard. When do we actually know that we are fully grown up? Are there signs along the way that tell us? We really don’t know and that why your piece was so interesting to me. It’s a question that has many answers.

Thanks for your writing. I look forward to seeing what you write next because I really enjoy seeing your side of these questions.

I agree that there is no specific time when you become an adult. It can be very different depending on where and how you grow up. Someone could be much more independent and capable than others at a certain age. It felt contradictory when you talked about the ages for voting and drinking needing to be higher, but age for punishment on crime should be lower. You said that people know exactly what they’re doing when they are young, but don’t really know what they are doing with these other things. That seems hard to justify. How could you justify that?

You don’t think 21 may be a little old for all of these things. Like driving and voting. Obviously some things can wait like drinking or when it comes to crimes maybe they can come up with a law. But I know a lot of teenagers have a lot of political views that could be for the better or an idea that someone didn’t think of.