When are you considered a grown up adult?

Home When are you considered a grown up adult? 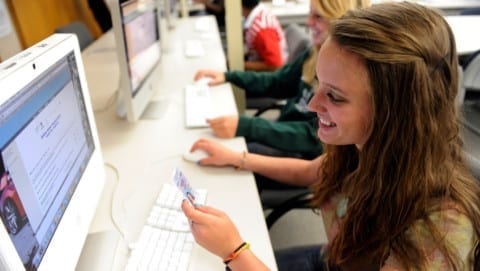 Knowing the age when you are considered an adult with all privileges is an important issue. This is because in most cultures the age at which a person is considered an adult is 18 years old, but in the United States this age is undefined. As a result, folks of 18 years old have some adult privilege, but when someone reaches 21 years old they receive all adults’ privilege. It is necessary to clarify an age when people get to be treated as a real adult with not only a part of its benefits, but getting all the benefits of being an adult.

One reason the US government should agree on the age of an adult is because the age of consent is different in many states. The age of consent laws say that you are considered an adult by society and your family, and you can make your own decisions about sex and marriage. However, the age of consent can range from 16 in Hawaii, while in California the age is 18.  For example, one area of adulthood that needs to be chage is the age of consent. In Alaska people as young as 14 years old can already get married with a court order. how is this going to be possible for an immature person to get married when they are just growing up and getting to know the world? Consequently they might get distracted from their education, or even not to study because they must work to be helpful  for the family or wife.

Another reason why the age of consent needs to be clarified is that 18 year olds  can be condemned to life prison. According to the article “When do you become an adult?” states that “18 year old adults can run for office, go to strip clubs, be sentenced to a life in prison”, but still they are not considered old enough to have all over age privileges.  As a result, somehow they are already considered old enough to be punished for a crime they had committed. They are punished by the same law that prevents them from having adult benefits, but after all it seems difficult to believe that this is the right decision.not only by society, but also by the law to be treated as an over age folk, but they don’t yet have all the full privilege an adult should have.

Additionally, some people feel that 16 year old kids should be eligible to vote for who they want to be the ruler for the country. According to the article “Across the country, mixed support for lowering the voting age to 16” confirms that “Across the country, teenagers are becoming more politically active. Students are leading protests and pressuring lawmakers, and people think they should be able to vote” some people might wonder if this is the right age to choose the leader of your country. This is something that only a grown up adult should do, because 16 years old is not grown enough. Although some people say  that the age when people are considered an grown up adult is 21 years old. I must refute this argument because lots of juveniles under 21 years old are already treated as a grown up adult, because they start to get some over age responsibilities. Therefore the age of consent should be available to all people when they are truly considered as a grown  up adult, and should not be any longer under 21 years old.

In conclusion, the age to be considered as an adult should be 18 to 21 years old, and those young adults should get all privileges. The issue of not clarifying the adult age is significant because 14 years old folks and over have some adult privilege, but they are not considered a legal adult yet. If this problem is not solved the consequences will be very shocking or even worse than this, then I propose to make clear what would be the age when someone is an over age adult with all the benefits of it.

Sources:  When Do You Become an Adult?

Are 16-year-olds grown up enough to vote? – Newsela

Image: Rhea Boyd, 18, of Thomas Jefferson High School in Denver, Colorado, registers to vote online April 6, 2010. Some leaders believe the right to vote should be extended to 16- and 17-year-olds as well. Photo by: Hyoung Chang/The Denver Post via Getty Images

Hi! After reading your Youth Voice post, I have to say that I totally agree with you. In my opinion I think that the age to be considered an adult should be 18 to 21. It gets confusing when states have different ages regarding when adulthood starts, especially with the age of consent. The government should establish a nation age of consent because a 14-year-old or 16-year-old should not be able to get married or decide on sex. The only thing I do not fully agree on is the age and decision for life in prison. To me, an 18-year-old has the ability to know what is right and what is wrong. If he or she knows what is right they should not land life in prison to begin with. Of course they are still young, but they are legally an adult and can be sentenced as one. Overall, I do agree with you about the age of being an adult. I think you brought up good points and reasons for why the age of being a legal adult matters.