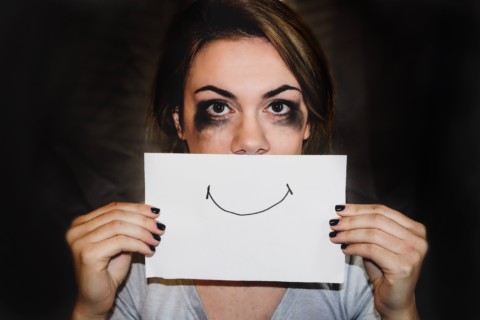 Alongside all of the new challenges that previous generations haven’t felt, the youth have to deal with a global pandemic. Whether it is wearing masks everywhere, stressing about the vaccine, watching the political world fight on the issue, or simply being quarantined, everyone is being affected negatively by this pandemic. This often leads people to the question, “What’s the point?”

This article from the new york times shows that with levels of anxiety and depression that were already rising quickly, the pandemic put nearly everyone down in the dumps. According to Dr. Nicolas Franck, the head of a psychiatric network in France, “Many feel they’re paying the price not of the pandemic, but of the measures taken against the pandemic.” In a survey that Dr. Nicolas conducted with around 30,000 people, young people scored the lowest in psychological well-being. Several of the youth psychiatry wards around him have filled to record capacity.

While this survey took place in France, many similar surveys were conducted elsewhere and found shocking results. For instance, in the United States, nearly a quarter of 18 to 24-year-olds had reported seriously considering suicide. In Latin America and the Caribbean, a survey conducted by UNICEF concluded that of 8,000 people, a quarter had experienced an increase in anxiety, and fifteen percent had experienced an increase in depression. A study conducted by the International Labor Organization in 112 countries discovered that two-thirds of 18 to 29-year-olds are subject to depression and anxiety.

While these studies have further proved the point, it is incredibly apparent that the youth’s mental health is fluctuating in the wrong direction. The amount of teens that harm themselves has greatly increased, suicide rates have greatly increased, there is a global pandemic, new technology has introduced new challenges, the job market is becoming more difficult to join, college tuition has raised to prices unseen before, and many other things. The world will have a rude awakening if we do not slow this rapid spread of improper mental health. We have to fix society sooner rather than later.