What’s The Deal With Police Brutality 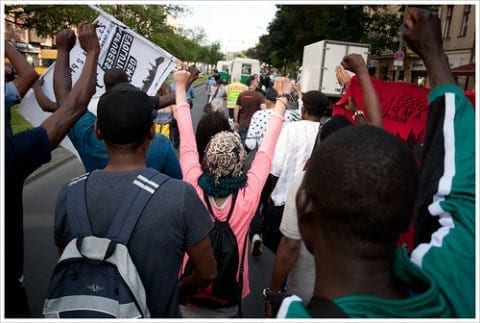 Police brutality is a word that’s used for unjustified or unintentional harassment, verbal assault, physical or mental injury. It also includes property damage and death due to interactions with law enforcement. Police brutality is just as widespread globally and not just limited to the United States. In a 2007 report from Amnesty International, it was shown that police misconduct was most prevalent in countries with an authoritarian type of government. Reports from the U.K., Serbia, India, and Spain paint a picture of how police violence caused death during protests and demonstrations. However, out of all these countries, Brazil is well known for having the highest rate of police brutality in the world.

There are many solutions to help stop police violence and they vary from reducing unnecessary police contact, assisting young men from low income communities with finding jobs in the hopes that this will keep them off the streets and addressing mental health issues and utilizing mental health professionals to deal with psychiatric issues. However, the biggest thing that it comes down to is the lack of accountability by police departments to hold their personnel accountable and train them appropriately for the various different communities they work in.

Dear:Noa
I am disappointed by your post, “What’s The Deal With Police Brutality
,” because your response to police brutality in one sided.you are being biased
One sentence you wrote that stands out for me is: “In the United States in 2018, 1,147 people were killed by police with 25% of them being black men” I think this is one sided because you are not taking in to account what may have happened leading up to the altercation.
Thanks for your writing. I look forward to seeing what you write next, because i am exited to see what topic you write about next. it fascinates me that you write about such bold topics.
Bryan Nunez

Dear Noa:
I agree that police brutality is a very big issue in many places and it is very sad knowing black teens have to worry about a police stopping them for no reason and possibly killing them. One sentence you wrote that stands out to me is “A 2019 article in the Los Angeles Times stated that getting killed by police was the leading cause of death for young black men. A study showed that black men have a 1 in 1, 000 chances to be killed at the hands of police.” It is wrong that people have to fear the police and worry about them killing you because police are supposed to protect all of us not make things worse.
Thanks for your writing. I look forward to seeing what you write next because this was very interesting and had a lot of good information.

Hi Noa
I completely agree with you. We need to have both sides trying to stop police brutality. ”assisting young men from low-income communities with finding jobs in the hopes that this will keep them off the streets and addressing mental health issues and utilizing mental health professionals to deal with psychiatric issues.” I really liked the way this sentence was written. I completely agree with you.

Hi Noa,
It is really disturbing that police brutality is the leading cause of death for black men. It gives everyone else a different perspective on being afraid of the police, who are supposed to make everyone feel safe, rather than trusting them. I think that the solution to reducing police brutality is to tear down old, deep-set cultural stigmas that everyone sub-consciously carries just by being American. Enable police to unlearn these stigmas, and empower targets of police violence to receive higher education and job opportunities, and these disturbing statistics could change. Here’s a source you would find interesting: https://mappingpoliceviolence.org/. Its a website that shows infographics about police brutality as well as live counts of incidents related to police brutality.
Good post,
Rachael