What’s Out There: Pros or Cons?

Home What’s Out There: Pros or Cons? 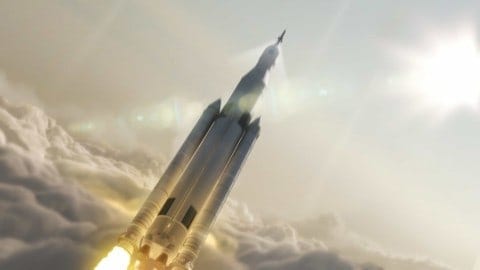 Lately my research has been centered around the question: should we support the government in funding a space program?  I have found that this question is a lot more complex than I initially thought.  For example, putting money into the National Aeronautics and Space Administration (NASA) programs can affect the national economy in a big way.  We have to ask ourselves is the possible effects on the economy worth having a space program, but before we even ask that we have to know whether or not the effects will be good or bad.  I still believe that the United States Government should support the space program by funding NASA, however, I am curious about what the right mix of funding is.  How much money should NASA get each year?  That is a question that I do not think can be answered unless we, as a nation, decide to experiment.

I have also been coming to the conclusion that a lot of people do not understand the possible benefits the space program has to offer, not only Americans, but even all humans.  Now, I do want to say that the possibility of benefitting people through NASA projects and programs, is just that, a possibility.  There is no way to find what will come of the space program without some trial.  I think that this trial of new things is pretty scary to a lot of people, just because it is so unknown and it means possible change.  I do not think people necessarily handle change or the unknown so well.  So I guess what I am really saying is that those who are arguing to fund a space program are going to have an uphill battle ahead for the long haul.

The National Aeronautics and Space Administration’s programs are not cheap.  Depending on how you look at it though, the U.S. government is not poor, at least they are not in my personal opinion.  When I started researching this topic I was absolutely for increased funding for NASA.  I still am in support of it, but I think I understand a lot more about why people do not support NASA.  Unfortunately, I do not have the answer to the question of whether or not we should fund a space program.  If there is a compromise where both sides in the argument can be satisfied I think it would be very popular, but it seems that a lot of people do not, or do not want to, understand what is really at stake.  That is where I want to direct my attention now.  What do we have to gain?  What do we have to lose?

Good Job!! I too am very intrigued by the idea of space exploration. I recently watched a video about 6 astronauts who lived on the side of a volcano on the Big Island of Hawaii in total isolation for a year. I too think space travel is important and that research must continue. But like Alea said, there are more pressing problems here on Earth that we should try to take care of first. However, even though physical exploration may not take place, I think research should continue as much as possible so that when we do go out and beyond, we are as prepared as possible.

I think this you pose a very interesting question. I feel like funding NASA is a necessity but how much we should fund them with is another story. Getting an exact answer to this question would be very difficult so I think you should try and focus on the pros and cons of a large NASA budget compared to a low NASA budget.

I think you raise a very important question, one that is continuously asked in all of politics today. Although I think that our government doesn’t need to be spending money on things we don’t necessarily need, I am for the continuance of the NASA program. The reason for this is that I am just a big nerd when it comes to space and I hope that we can continue exploring the unknown.

I think the main argument for funding space travel is for the minerals that could be gained from other planets and the resources that have not been touched yet. Those that do not want to fund space travel are not saying that it wouldn’t be helpful, but that we have more important issues that the tax payers money could go to.

Rylan,
In my opinion, I think we should help the government fund a space program, it might be amazing to see what is out there. I sometimes get scared at the thought of space travel, don’t know why. I want to see if there exists another world for us to be able to inhabit in the future years generations to come. As we see in the movies they make it look easy im sure they i’ll need tons of money and materials to do something in that magnitude, but it can happen eventually that why I think it would be suitable to fund something that can help the future generations.

Great article, Rylan! I think the idea of a more extensive space program is very interesting. In my opinion, America has a lot of things it needs to spend money on here on the ground (such as helping the homeless and equal rights for women) before it can really invest itself in exploring the new frontier that is space. Once living conditions are improved, i thing it would be really great to do more research into space and space travel. Who knows what new discoveries could be made?