What will Utah skiing be like 50 years from now?

Home What will Utah skiing be like 50 years from now? 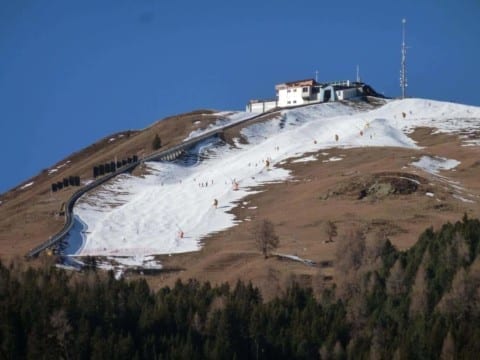 I know that depending on global warming trends, rising temperatures will cause difficulties in producing base layers of snow for resort and backcountry skiing. This climate change causes both altered snowfall patterns and rising winter temperatures. Artificial snow creation has become a major snow producer at most major resorts to make up for the lack of snow in recent years. In addition to lack of access to skiing for skiers, the resort industry is also greatly suffering from decreasing snowfall. A 2014 New York Times article discusses the effects of lower snowfall on the skiing industry, making the claim that “between 1999 and 2010 low snowfall years have cost the industry $1 billion and up to 27,000 jobs.”

Additionally, many events of the winter Olympics are entirely dependent on snow. Daniel Scott, professor of global change and tourism at the University of Waterloo in Ontario, concluded that “of the 19 cities that have hosted the Winter Olympics, as few as 10 might be cold enough by mid-century to host them again due to a rise in the average global temperature. By 2100, that number shrinks to 6.” This would drastically reduce the availability of hosting cities for these events, affecting the whole culture surrounding ski racing and downhill races. Also, based upon this it wouldn’t be far off to assume that this lowering number of cities suitable for the Olympics could also extend to cities or resorts capable of hosting large public resorts or backcountry areas.

I’d like to know what we can do to help change these predictions and is there anything that we can do to create progress in this field? How will the skiing of the future adapt to varying weather and how will it be different? Moving beyond Utah and its ripe skiing history, what regions of the planet will still have ample amounts of snow decades from now?

Take a look at this

Ed,
I really enjoyed reading your post. I am a skier myself and I have never really thought about what it will be like in the future until after reading your post. I really liked the sentence of when you were describing the different numbers that might be able to host the Olympics. That is really crazy to think about how that in the future there might not be a lot of places to ski anymore. I think that if our world starts to get a little bit warmer every year, the skiing places might not be able to have enough of the real snow anymore and will have to use a bunch more fake snow. It’s gonna be different because we won’t be able to have our real snow that we are used to having and I don’t know if more and more people will want to stop skiing because they don’t want to ski on fake snow. What would you do if there was only fake snow available to ski on and no real snow, would you still ski even though there is only fake snow available?

Dear :Ed
I am pleased with your post, “What will Utah skiing be like 50 years from now?” because I’ve always wanted to go skiing or snowboarding and utah seems like a good place to go once I start traveling. One sentence you wrote that stands out for me is: “A 2014 New York Times article discusses the effects of lower snowfall on the skiing industry, making the claim that “between 1999 and 2010 low snowfall years have cost the industry $1 billion and up to 27,000 jobs.” I think this is interesting because I didn’t know the amount of snow can mean so much that it can put people out of jobs.Thanks for your writing. I look forward to seeing what you write next because I did learn something new reading your post and that was interesting.

Ed, I love your article! I feel that a lot of times, news will not cover this topic because there are more pressing issues with global warming, but I feel that it is very important. A lot of people take snow for granted, and lord knows I do since I live in Michigan. Where I live, we did not get a lot of snow last winter and I always wonder if it is because of global warming. I could not imagine having no snow though! That would mean no sledding, skiing, or the like. It would also be a problem monetarily, but maybe because less places would have snow, the places that do would make a lot more money off of snow related activities like the Winter Olympics and casual snow sports? How would you get affected if you no longer had snow where you lived? Thank you for your post.

I enjoyed reading your article bud. I thought it was interesting how you addressed the statistical side of the controversy by showing how much money the industry was loosing due to this. I thought that maybe you could include the names if the ski resorts that are envolved with this but other than that i think that this was a great article and i think you did a great job showing the situation that is happening.