Home What will Utah be like in the future? 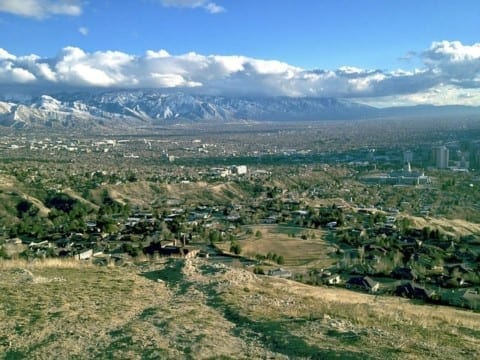 Living in Utah, I am always hearing things like “Utah is growing very fast” on the news. I have always been curious about why this is, and also whether or not this will affect what Utah is like in the future. I have always suspected that the growth is due to the high birth rate since the majority of the state is Mormon, but there might be other reasons. I was also curious about the reasons for Utah’s growth, and what might change about Utah in the future.

According to theatlantic.com, Utah is the fastest growing state in the country based on 2016 census estimates. This is caused by lots of migration to Utah, due to the booming economy. In fact, large companies such as Ebay and Adobe have large business centers here. But the biggest reason for Utah’s rapid growth is the high birth rate. The majority of Utah’s population are members of the LDS Church, and according to the article the average Mormon mother has 3.4 children, compared to 2.2 for mainline Christian mothers. More than 3 children were born for every resident who died.

At gardner.utah.edu, there is a graph that shows Utah’s projected population over the next 50 years. Utah’s population is projected to exceed 4 million in 2032, it will be more than 5.5 million by 2065.  This is approximately the size of the state of Minnesota today. Utah will grow at more than double the rate of the rest of the U.S. There will be a major shift to an aging population during this period, with the number of centenarians (greater than 100) growing by a factor of 20, and the median age of the population will increase from 30 to 39 years. This will cause a considerable shift in Utah’s policy, and Utah will likely shift from a children-focused state to an older people-focused state. It will definitely be interesting to see how this plays out in the future.

Wow, looks good, especially the conclusion. I was looking for this particular topic
for a few days across the nest, but there was nothing precious, only discovered this https://garyreiswigauthor.com/7-steps-in-writing-a-research-paper-enjoy-your-student-life/, but still so happy to reach your post in the end.
I am keen on that subject, and I want to be always conscious of the most recent news.
That’s a joy to read your article and eventually clarify myself.

Thomas, I find this question intriguing and one that I haven’t heard many people speak about. I agree with you that the Mormons contribute greatly to Utah’s growing population but as you said, I think there is more to it. The fact that Utah will grow that much in the next 50 years concerns me slightly. If our population becomes that high with the Mormon population growing as well we will continue to grow at an extremely high rate. One website I went on, https://www.census.gov/newsroom/press-releases/2016/cb16-214.html , shows that Utah had the highest percentage growth from 2015 to 2016. This shows that we will only be growing more and more.

Thomas, your findings for this post are very interesting. I believe Utah may become more of a young adult state, due to Utah being a popular destination for young adults to start their families as well as attend school. I believe this growth also is due to the factor of Utah’s colleges and universities becoming more advanced and well known, making it a more desirable study location for out of state students that are likely to establish residency in the state after their education. I also believe as Utah becomes more diverse, (if that’s possible) that it will attract more and more people from around the world, possibly transforming Utah into a cultural center of the mid west.