Boycotting the 2020 Japan Olympics to save the dolphins.

Home Boycotting the 2020 Japan Olympics to save the dolphins. 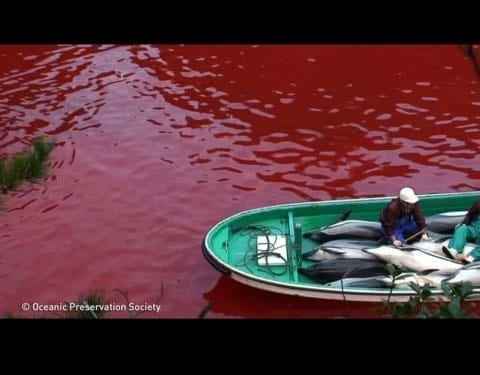 Whalers kill dolphins, whales, porpoises, and other marine mammals. In Japan, they do so in a cruel and shocking way. In one particular place in Japan, they rally dolphins into a cove so they can’t escape. Then they separate the young from their mothers to be sold to amusement parks. Once they do this they begin the slaughter of thousands of dolphins. You can see they try to lead out of the blood stained water, and helplessly flail onto the rocky shores. The Japanese whalers spear the dolphins and hoist them onto the boat, where the dolphins then bleed out and die.

The place that they commit these atrocities are in Taiji. A documentary called, “The Cove” follows an activist who is trying to shed light on the horrors committed here. Even in the trailer you feel a sense of anger towards this act of violence. It breaks my heart and I want to join the protest against these whalers. What I think we can do is spread awareness on the issue. In america we have freedom of speech and we need to use this to our advantage by boycotting the 2020 Olympics. Japan is fighting back at this claiming, “We kill the dolphins for population control of the fish, they eat all the fish.” This statement is astonishing. They claimed this at the International Whaling Commission’s Conference when an idea was bought up to stop the slaughter in the Cove. Japan at first was under great scrutiny, but as years went by, each year more countries joined Japans side. This is because Japan, LITERALLY paid those countries to support them.

In the upcoming Olympics, we celebrate cooperation among nations. Killing inhumanely goes against this, and shows that Japan is not willing to cooperate in worldly issues. In an article by The Huffington Post they says, “Killing whales and dolphins is not an Olympic event.” I agree strongly with this and I think it’s shameful towards Japan as a nation for them to let this go on. In the Cove they go on the streets and ask what they think and many reply with, “I didn’t even know that was happening. That is horrible!” If we can show the Japanese what their fellow citizens are doing, maybe then Japan will stop this atrocity. 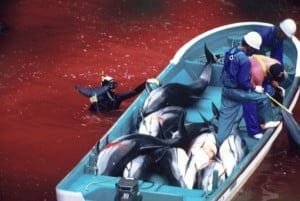 Fuck you!! How dare you defend those mother fucking jap dolphin and whale killers you should be speered stabbed and tortured to death! N drowned in your own blood !!! FUCK YOU! GO STRAIGHT TO HELL ,YOU SELFISH PIECE OR INHUMAN SHIT

Hi Rachel, I appreciate your concern about the dolphins but you must consider the culture factor of the Japanese culture. I would first like to state that I don’t agree with them killing the dolphins but we don’t have to boycott the 2020 Olympics in Japan. Thought centuries the Japanese have relied on there vast Oceans to supply them with food, the fisherman do kill the dolphins but they do not waste what they have killed. Fisherman in Japan have grown up harvesting these beautiful creatures. Fisherman do in fact monitor the the hunting, if they didn’t monitor themselves, they would have disappeared long ago. Few of the deaths are from poachers, so we cannot taint the Japanese and “Boycotting the 2020 Japan Olympics” because everyone else could argue that we shouldn’t have the Summer Olympics in LA due to the terrible air quality. There are bigger fish to fry when it comes problems with Japan. Great use of sources!