What Soccer Really Is About

Home What Soccer Really Is About 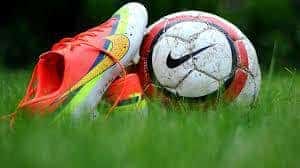 Let’s began with a simple explanation of to what soccer is about.

Soccer is a sport game played by two teams of eleven players with a round ball that cannot touch nor your hands or arms during play time except by goalkeepers on each team. The main point on this sport is to score goals against each other by either kicking the ball or heading it into the opposing goalkeeper.

Soccer might not seem like much for some people but it sure damn does to lots of us.

Soccer is something that cannot just be played,

It’s something that has to be played with passion.

Of the date, June 29, 2014. A friend and I were watching our national soccer team Mexico, playing against the Netherlands was an intense game. My national soccer team Mexico seemed like they had control over the game until a tragic happens. Player 11 from the opposite team, such a great player, was just good enough to fake a foul inside the are on the goalie. Which lead to a penalty, which then lead to the goal, defeating my countries’ team.

My soul, teared up. I was so upset I dropped to the ground. And so my friend said

“It’s just a game, relax. ”
Just a game?
A game from the sport I love
A sport that, like many other are passionate about.
I just laugh.
Soccer is not just a game
Soccer is a indescribable thing that was created by our ancestor in hopes of creating something that will help go through rough times.
I play soccer
I love it.
I served my team, as they served me.
The dribble of the ball
The curve effect that it gains when you kick the ball,  The feeling of the beautiful grass I sense when i go out there for the first time every game.
This feeling is indescribable.