What Should We Do With Confederate Monuments?

Home What Should We Do With Confederate Monuments? 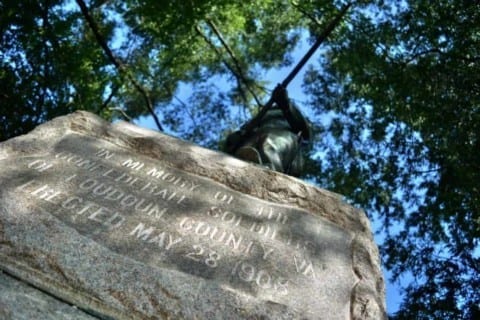 Since 1619 all the way to the end of the Civil War  in 1865, chattel slavery prospered. Merrit Kennedy, a writer for NPR, says, “In 1857, the majority opinion stated that African Americans could not be considered citizens-and by extension the decision treated black people as property, not people.” Some slaves were even owned by many famous American leaders that most people learn about in history class. Many slaves underwent many horrors and atrocities. Having Confederate symbols and monuments for people who fought for slavery, in the heart of communities that are racially diverse can start many issues between white supremacists and people of color. Moving the monuments or symbols of confederacy out of the towns could help communities learn to overcome obstacles such as racism, violence, and discrimination.

The problem with having the confederate monuments up in communities is that the monuments may be offensive to people of color or descendants of slaves. Mitch Landrieu, the mayor of New Orleans, wrote, “Some monuments may be so offensive to the local community that they’ll need to be removed. And certainly, they can serve as rallying places for white supremacists.” America’s dark history is forever intertwined with this great nation and will remain in the minds of many generations to come. Perhaps the monuments would serve the community better in museums as educational tools instead of tools of glorification.

Some people believe that tax dollars should be used for better situations then moving monuments of confederacy. Landrieu also writes, “They say that taxes be better spent trying to educate the public about the history behind the monuments. Respectfully, that’s not the point. I must consider the entire city. It’s my job to look forward, not simply to worship.” Having the monuments in the heart of a diverse town can cause many fights throughout the community. Many people of color read these monuments as a threatening message of racism and discrimination.

McCamey,
I remember talking about this issue in my history class. I think that these statues glorify individuals who had racist values and this is something that shouldn’t be glorified. I read in some of the comments that they should just be moved. What is your opinion on that?

McCarney, I agree with the points you made in your post. It is disgusting that there is still monuments celebrating people that have done terrible things to our history. It only fuels more anger towards the government from the American people. It adds to the level of not feeling a sense of belonging because of the hate the statues represent. If they were to be moved to a place where they can be visited by those who support, that would be much more freeing for people who feel offended by them.
Heres an interesting article that takes the opposite stance, which can always be interesting to read. http://nationalinterest.org/feature/destroying-confederate-monuments-hurts-us-all%E2%80%94-accomplishes-22142

McCamey,
I found this article to be so relevant to our world today. I agree that these monuments are just reminders of the horrifying and despicable past that our country had. They represent the oppression and unjust treatment of African Americans. I think these statues should be relocated or completely destroyed. I do understand that these statues represent history and are a part of their culture, so I think moving them to a museum is the right thing to do. Here is an article I found that I think you would find interesting: https://www.newyorker.com/magazine/2017/12/04/the-fight-over-virginias-confederate-monuments

McCamey,
I found your post very interesting because I have never thought about monuments being a bad example to people that see them. I think that if others have opinions like yours about these statues and monuments they should be taken down. When you portray an image like that to youth and act as if these people were very important to our country, it makes people feel as if they are glorifying the wrong they have done. If you feel strongly about this, I think it would be awesome for you to make a stance and have others support you as well. Thank you for sharing your writing with me.

Hi McCamey
I remember when this topic was everywhere in the media. People constantly arguing about whether or not the statues should be destroyed or stay up in public. I agree with you to place the statues in museums. Placing them in an area that actually teaches what the statues mean will be very beneficial to help people learn and understand that time in history. This article from Yahoo states that “Removing monuments can erase history…” Do you think if we destroy that statues, is there a possible chance that people will forget about that time of history? It was really interesting to hear your opinion on this topic.
Source: https://www.yahoo.com/news/america-rid-itself-confederate-monuments-091436995.html

McCamey,
I found this article to be very interesting and relevant to todays world. I agree with the monuments that are glorifying confederate activists need to be stopped and moved to a place of interests. I think by having them in cities, where races intermingle around these statues frequently can start to lead to more conflicts, and make some races to feel uncomfortable. And I think by moving them to a museum will help solve a lot of problems. I found this article written by the NY Post about a North Carolina Confederate Statue being taken down, https://nypost.com/2017/08/14/protesters-tear-down-north-carolina-confederate-statue/, and I support it, and I encourage you to read it, but I am in agreement with you to take it down not destroy it. And in this article they ruined it, and I feel like this will create more problems then what is already happening.
Thank you for sharing,
Caleigh