What Sets Heroes Apart From Villains? 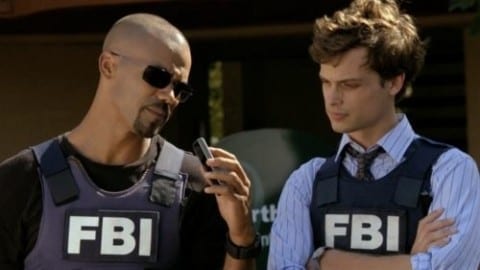 Having empathy gives seemingly normal people the ability to be heroes through their bravery to understand those who feel misunderstood and alone in the world. All heroes are opposed by villains. The main difference between the two is the hero’s ability to empathize with everyone in the world, including the villain. In Criminal Minds, the idea of empathizing with “villains” allows the FBI agents to apprehend forces of evil in the world and be heroes in their own right.

Empathy is the ability to understand the pain and difficulties of others, which is the same concept as understanding the world in other viewpoints. This seems like a simple concept that should come easily to everyone. However, there are many individuals in the world who commit horrible actions, such as murder, but feel no remorse whatsoever. Many studies have been conducted to further investigate the cause of such a great lack of empathy in certain individuals, and the results conclude that psychopaths have the ability to use empathy, but must be told to empathize in order to do it. In simpler terms, psychopaths can understand, recognize, and comprehend the distress that their victims feel, but can’t actually feel it for themselves (Perry).

When crimes are committed, we only have one side of the story, which makes it incredibly difficult to empathize with the criminal, especially when they commit such ruthless acts against seemingly innocent victims. In the television show, Criminal Minds, a group of FBI agents study the behavior of criminals in order to capture them and save people. One of the most effective methods they use to understand the behavior of a killer is to empathize with the criminal and view things from their perspective, thus eliminating the single story created. For example, in the show, a high schooler named Owen Savage who has been severely bullied goes on a killing spree. One of the FBI agents, Spencer Reid, is able to profile Owen because he was able to remain sympathetic and understand what it was like to be bullied and abandoned (“Elephant’s Memory”). Using the information he gathered from looking at Owen’s perspective, Reid was able to find and stop Owen before he could harm anyone else.

The charcters’ job allows them to develop a strong sense of empathy. The identity of each character is slightly shifted after each case because of the increased sense of empathy. It is very difficult to sympathize and empathize with a killer, however, at the end of the day they are all better people for it. In the show, two characters, Spencer Reid and Derek Morgan, have a personal conversation on the plane ride home about how they can use this increased sense of empathy in both their job and daily lives. Reid had been having nightmares because of a particularly gruesome case they were working. He then tells Morgan that when he looks at crime scene photos he knows what the victims were thinking and feeling right before they died. Morgan tells Reid that the empathy he is experiencing is a good thing and that he can use it to become a better profiler and more importantly, a better person (“Fear and Loathing” 41:18 – 43:15). We may not picture typical heroes as FBI agents dressed in suits, however, the characters in this show repeatedly save people through their ability to understand the mind of a criminal and empathize with the “villains” of this show. I believe that the most impactful characteristic of these heroes is their desire to constantly improve themselves to avoid transforming into the very villains they arrest.

Watching movies and television shows or reading books are great ways to help us develop our own sense of empathy by teaching us how to look at another perspective. From a young age, we are taught that heroes care about the wellbeing of others and will go out of their way to save someone from harm. We don’t have to rescue someone from a burning building or put our lives in danger in order to be considered a hero. Real heroes are made through the ability to look at both sides of a story.