What Rights Should All People Living In the US Have?

Home What Rights Should All People Living In the US Have? 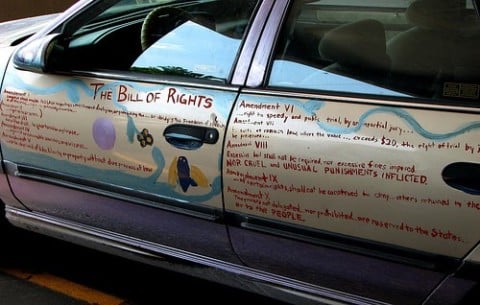 In the Reconstruction Era, amendments were passed to try and make things equal. Examples of these amendments would be the 13th,14th, and 15th. The 13th amendment abolished slavery, the 14th amendment was supposed to secure the rights of freedmen, and the 15th amendment said that a person could not be denied the right to vote because of their race. This attempt to make everyone equal was a failure and the racism continued. Black people were even treated like they were still in slavery. Blacks didn’t get the fair treatment that they deserved, and they definitely couldn’t exercise any rights. They couldn’t even exercise the ones that they had.

Many of these issues from Reconstruction still exist in today’s society. In the Reconstruction Era, the freed blacks in America were treated as if they were still slaves. Blacks were treated like animals instead of humans. It may be better now but racism still exists in America. Examples of this would be cops pulling over black citizens and other races in America. The 9th basic human right is no unfair detainment. This means that no police officer can put you in jail without a good reason. All over the US, citizens are harassed and arrested by police officers for no good reason. This violates one of the basic human rights that every person living in the US deserves.

The Reconstruction Era and today’s society are actually pretty similar. Racism is prominent in both time periods. The 30 basic human rights are also hard to exercise in both time periods because of racism and other factors. The 19th basic human right is the freedom of expression. This means that you have the right to make up our own mind, to think what you like, to say what you think, and to share your ideas with other people without any type of punishment. However, in today’s society you could get arrested for saying something that the police or government don’t like. The same thing would happen in the Reconstruction Era but it could be way worse. If you said something back then that wasn’t liked by officials then you could be killed in the worst possible ways. This also violates our human rights.

The 30th basic human right, no one can take away your human rights. This is the right that solidifies all of the others. The 30 human rights are rights that we deserve to have since we are born with them. So therefore, everyone living in the United States should be able to exercise these rights. No matter their race, gender, ethnicity, or background.

Hi Abasi, I am intrigued by your topic. I think not only Americans but also all people in the world should have human right regardless to their race, religion, ethnicity, gender, etc. Although American society still has many issues like racism and bully as you mentioned and “many of these issues from Reconstruction still exist in today’s society”, this society is keeping improving and it is getting better and better. I believe that if we all respect each other, we can all practice human rights because we deserve them.
Here are some useful resources: https://www.state.gov/j/drl/rls/hrrpt/, https://www.state.gov/j/drl/rls/hrrpt/humanrightsreport/#wrapper