What Makes a Shooter?

Home What Makes a Shooter? 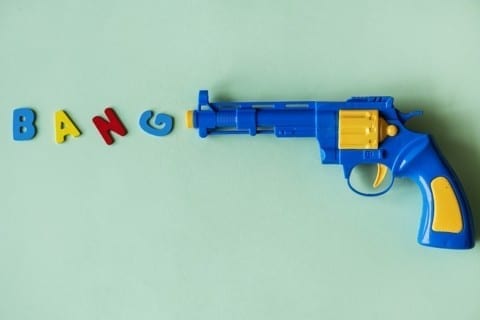 I believe that the book This is Where it Ends has everything to do with American culture. You do not hear about school shootings in other countries nearly as much as you do in America. Firstly, a big part of the shooter problem is the Gun culture. If Tyler’s father never owned a gun or didn’t teach him to use a gun, the shooting wouldn’t have happened. It makes me wonder how easily shooters have access to guns. Secondly, I think the culture of masculinity also drives Tyler to do what he did. In fact, in the book, Tyler tells his dad about the problems he is facing at school. His father uses the exact phrase: “be a man” and figure it out. Tyler takes this in a very, very different way then his dad intended, taking the lives of over 30 people.

Guns have been, and always will be a part of American culture. In the case of Shooters, guns are easy to learn how to use, and even easier to acquire. In fact, 72% of Americans have fired a gun (Gramlich). Almost any potential shooter has access to a gun. Research shows that 48% of Americans own a gun, and 59% have friends that own guns (Gramlich). Even if a gun cannot be acquired in the house, a potential shooter can pick up all the guns and ammunition they need from a friend or at a local sporting goods store. The only thing that can stop them is an FBI background check, but that does not tell the mental status of the person buying the gun. In addition, the Stores are trying to make money, selling a gun means more profit for them, no matter who it goes to. Most shooters have grown up around guns. Their fathers have taught them how to load, fire and maintain guns. This is not a bad thing, but when the wrong person gets this information, it can spell disaster.

Masculinity also plays a big in forming school shooters. It is not an exaggeration when someone says almost all mass shooters are men, gun violence is way more common in men than women (Gramlich). When a person reaches a bad mental state, bad things happen. If a male has problems of loneliness, depression, or anger, the things that can make up a school shooter (Rhitu), they are told to “man up” and face their problems like a man. That is exactly what happened to Tyler in the book.  It is easy to say those things, but the amount of help they actually get is nothing compared to that which females receive. It is a cultural norm that women do not have to act tough all the time, but men do. This puts an emotional strain on men, always having their guard up and acting tough all the time is not healthy. According to USA today, men who acted “manly” and refused help, repressed their emotions, and always tried to assert their dominance ended up committing more violence, dying of unintentional injuries, and becoming alcoholics (Dastagir). In the case of shooters, most are all alone with no friends or family, with no one to open up to and help them. They usually have toxic fathers who drill the masculinity rhetoric into their heads. This is not healthy for anyone involved, and can make a person refuse the help they need.

All in all, my book was about the American culture. It dived into detail about how different aspects of American culture can be detrimental to a person’s mental health. Masculinity was one of the main issues the book covered, and showed how a person can become dangerous. In addition, the book brought up issues with gun accessibility and usage.  Finally, it showed the inefficiency of getting kids the help they need. Big changes will have to be made in our way of life in order to stop shootings like these.

Nijkamp, Marieke. This Is Where It Ends. Sourcebooks Fire, 2019.