Home What it’s like to be an only child 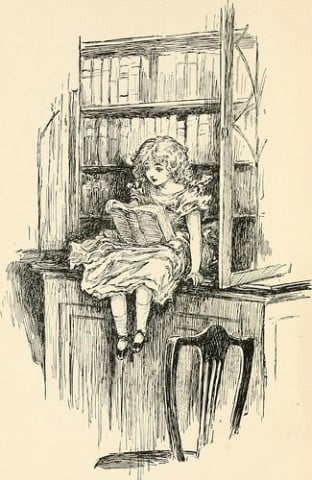 I am an only child. I was raised with cousins who were similar to my age so it was kind of like I had siblings but not the same. I wanted to know how a sibling affects the way a child acts and if this affects them in certain areas in their life.

The article I found tells about some studies they did in china regarding only children. In china there used to be an only child policy in order to control the population. They conducted a study on university students who were an only child. They scanned their brains while also testing their personality, creativity, and intelligence. The tests showed that only children outperformed those with siblings on creativity, but consistently scored lower on agreeable personality traits. The scans demonstrated that the parts of the brain associated with the development of these were indeed structurally different in the two.The only children who performed higher on creativity showed a higher volume of gray matter in the parietal lobe, a part of the brain associated with mental flexibility and imagination. The scans of those only children who showed less agreeable traits showed less gray matter in the medial prefrontal cortex, a part of the brain known to be involved in thinking about the self in relation to others.

The researchers claim this shows that different family environments do affect children’s structural brain development, and the kind of upbringing we have shapes the kind of people we become on a neurological basis. They point out that other studies have already shown that only children tend to exhibit more positive developmental outcomes, such as higher intelligence and creativity, often demonstrated in achievements at school. However, the sole attention of parents,  can result in personality traits such as dependency, selfishness, and social ineptitude. Only children miss out on early opportunities to develop and practice social skills, emotional support, and empathy.

Ceceli, I really liked how you explored all aspects of being an only child. Growing up as an only child, I agree that while creativity might be my strong suit, relating to other people or simply talking to them can sometimes be hard.

Ceceli, I really liked how you showed both positive and negative aspects of being an only child. Having multiple siblings, I’ve always wondered what being an only child was like, and I had never considered that only children would have increased intelligence and creativity. I think it would be interesting to see if growing up with your cousins may have affected you and your sense of empathy. You succeeded in making me look at this topic from a different point of view and were able to provide a lot of information on the topic.

Dear Ceceli,
I am an only child as well and I can relate to this post a lot. After thinking about myself and people with siblings, this post rings true. https://www.sciencealert.com/scientists-have-discovered-that-being-an-only-child-affects-brain-structure This article tells of a similar article to yours as well, but the reason the only children have better thinking and creativity is because (possibly) they spend more time on them, so they can foster their intelligence. But I would have to say I lack a lot in social skills, then I could have had if I had a brother or sister. If you could do more research about this and post about it again. I would love to read it.

Cecili, your post is very intriguing! I am not an only child, but it was interesting to see the difference of creativity levels and sociable personality traits, “The only children who performed higher on creativity showed a higher volume of gray matter in the parietal lobe, a part of the brain associated with mental flexibility and imagination,” – this makes me wonder how this differs with children with more than two siblings. Even though the study states that only children had higher creativity levels, I wonder if in a pair of siblings, if the eldest will be more creative, due to the fact they are only children until the other comes along. If you want to read more about this I found this other great article: http://www.independent.co.uk/life-style/only-child-syndrome-no-siblings-traits-selfish-more-creative-study-chongqing-china-southwest-a7737916.html. I do find it odd, though, that both my sister and I (we’re the only siblings) are both the creative type; she took dance and art in high school and I’m currently taking drama and singing lessons. Could it just be our personalities or is it due to how we were socialized as children? I thought you did a great job and would love to read more if we could talk about how the neurology of only children, two siblings, and children with more than two siblings are. Great job, I enjoyed reading your article!

Ceceli, I found it interesting that your post was about being an only child. I know that being an only child, has played a big part in your life, and I can kind of relate to being an only child. My brothers have both recently left home, and I definitely do feel more independent without them being at the house. The statement “The scans of those only children who showed less agreeable traits showed less gray matter in the medial prefrontal cortex, a part of the brain known to be involved in thinking about the self in relation to others” is very intriguing to me. I definitely can tell a difference in people who are only children vs kids with siblings. For example in preschool, the kids with other siblings are more willing to share their stuff, where kids who are only children, are more dependent and a little bit more unwilling to share their belongings. With that being said I know your family has played a major part in your life, and you are constantly with your cousins. Do you think that being an only child with interactions with your immediate family had affected you as badly as kids with little to no family interactions? I found this article about how only children are more likely to be a leader of a group, and it is interesting to read this, due to the fact that I can see a very dominant figure in your personality. https://www.vice.com/en_us/article/8gkqga/we-asked-some-experts-if-being-an-only-child-really-fucks-you-up-836. This article was very interesting and it is insightful to see how being an only child can impact your life.

Ceceli, I thought that you’re post offered some really interesting insight on what it’s like to be an only child. I have an older brother who recently started college, so right now I’m a semi only child, but I did have the benefits of growing up with a sibling, even though I did not realize what some of those benefits were until reading your post. One of the things I found most interesting was when you mentioned “children tend to exhibit more positive developmental outcomes, such as higher intelligence and creativity.” I don’t have much first hand experience with this, because all of my cousins have siblings and most of my friends have siblings or at least step siblings, but it sounds quite reasonable. I thought for a long time the only thing not having a sibling did to a child was cause them to be more selfish and not understand sharing because they never had to, but I didn’t realize so much other positive stuff came with having a sibling. When my aunt had her first child she posted things like this http://www.parents.com/baby/development/sibling-issues/raising-only-child/ all over her facebook, because at the time she was only expecting to have one kid, so it makes sense she would be sharing articles about having one child, and that could be a part of where my thoughts on being an only child came from. Regardless of where they came from though, I am glad to have some more insight on the science behind being an only child and look forward to what you’re going to write next.

Ceceli, I thought this was very interesting. Not only because it was well researched, but having a brother that let’s face, I don’t always want, I would like to know what being an only child would be like, or in this paper’s case, do. “Only children miss out on early opportunities to develop and practice social skills, emotional support, and empathy.” This makes sense because when I was younger I did interact with my brother and had to learn to get along with him. But I have a question relating to your case. You didn’t have any actual siblings, but you did grew up with your cousins. You had to socialize with them, so do you think these ‘side-effects’ of being an only child are limited in you because of these early interactions? Obviously you can’t hop into a brain scan, but in your opinion. That’s something that I would find interesting to read about. I found this post about a person who actually lived in the same house as her older cousins, and she doesn’t really talk about how it’s affected her personality, but it was an interesting read. (https://www.theodysseyonline.com/what-it-has-been-like-growing-up-with-many-cousins) Anyway, thank you for writing this piece that has covered brain science and has made me think a little bit of how I would be without my brother.