What It Meant and Still Means To Be American; White

Home What It Meant and Still Means To Be American; White 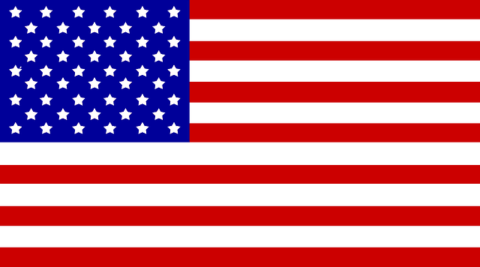 For the larger part of American History, to be an American meant to be white and to view those who were African-Americans as nothing more than inferior beings. The institution of slavery had undoubtedly reduced African-Americans to that of property and not of citizens of America. Hence, African-Americans were not included in the definition of what it means to be an “American”. Throughout American history, it becomes evident that the “freedom” and “equality” of which Americans claimed that they represented was just the mere ramblings of hypocrites. That is to say the freedom and equality that Americans preached did not pertain to all. According to section 4 of the Black Codes of Opelousas (passed in July 3, 1865) “ No negro shall reside within the limits of the town of Opelousas who is not in the regular service of some white person or former owner.” The Black Codes are a testimony to the contradiction of the supposed freedom that African-Americans were granted after the passing of the thirteenth amendment. Even after African-Americans slaves were declared “free” by the law, white supremacy still prevailed and continued to be a harsh reality for African-Americans. The contradiction that arises from the declared freedom of African slaves can also be observed within a statement made by former slave, Henry Adams (reprinted in The Trouble They Seen: The Story of Reconstruction in the Words of African-Americans). In response to Henry, a white women ( former slaveholder of Henry) warns “”You should say ‘master’. You all are not free . . . and you shall call every white lady ‘missus’ and every white man ‘master.'” Although Henry was declared a freedman, he was still a slave in the eyes of his fellow white countrymen and women. Despite being declared “free” African-Americans were still kept under the oppressive eyes of the whites. In contrast to African-Americans, White Americans had no such restrictions on their freedom and were by no means demanded to refer to a black person as “misses” or “master”. Along with past American history, recent contemporary events show that African-Americans are still mistreated. For example, Starbucks plans to close about 8,000 stores on May 29th in order to train employees in racial basis training. This was in response to a “national outrage over the arrests of two black patrons while they were simply waiting for a meeting to begin at a Philadelphia coffee shop”. This suggests that the American society is still plagued with racism. Although America is supposed to be a land of freedom and equality, both historical evidence and evidence from contemporary events show that America is a land which hides under the guise of “equality” when it is actually a land Plagued by racism.

Hey! I found this article very interesting because of all the censoring that they put in history textbooks that block out the reality of “freedom” in the United States.