What It Means To Be An American

Home What It Means To Be An American 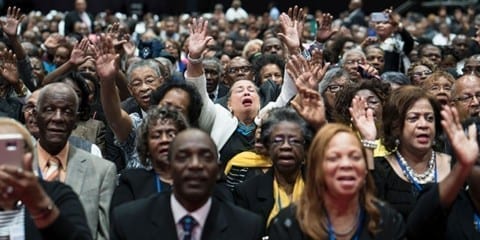 To be an American means that you have the same rights as every other person that is counted as an American. During Reconstruction, this idea was demonstrated when, The Fourteenth Amendment, was made,  “Nor shall any State deprive any person of life, liberty, or property, without due process of law.” This quotes shows how the amendments were rights given to all Americans and they can’t be taken away. But the Black Codes in Opelousas Louisiana, changes that when it stated, “These laws laid out what freed blacks were and were not allowed to do.” This quotation demonstrates how even though they are laws they only apply to Black people to keep them from freedom and white people didn’t have these type of laws that restricted them from their American rights. Many of these problems are still present today because just like those Black Codes us Black People are still given less rights than white people even though we are American. Police brutality is one of the main reasons why Blacks have less rights. Police shootings and brutality are more likely to happen in the African American communities than any other minority and the majority population. Black people have more of a chance to be targeted and/or killed just because we pose as a threat. “Black people are much more likely to be shot by police than their white peers.” “Black people accounted for 31 percent of police killing victims in 2012, even though they made up just 13 percent of the US population.” Black people are killed much more than any other race, but the crimes that we are accused of are   actually done more by people who seem to be less violent than us. A man, woman, or even a child can be shot and killed by people who have sworn to protect us but really they are protecting themselves and the majority population. In conclusion, Black People might be looked at as American citizens, but we know that we will never fit in with the standard that America holds.

(Lopez, German. “There Are Huge Racial Disparities in How US Police Use Force.” Vox, Vox, 17 Dec. 2015, www.vox.com/cards/police-brutality-shootings-us/us-police-racism.)