What is Your American Dream?

Home What is Your American Dream? 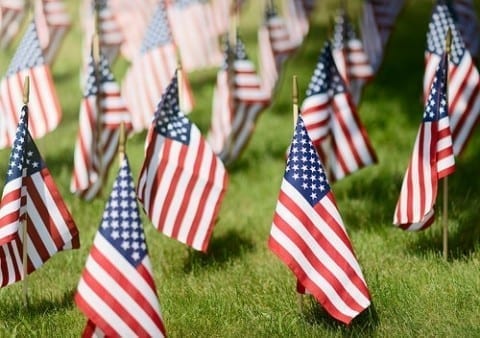 Since the founding of the United States, the immigrants that make the journey here are coming to live a better life. They have different reasons for coming whether it’s to escape police brutality, avoid political persecution, practice the religion of their choice, or achieve the political freedoms we take for granted to choose our own government. But they all have a common goal in mind, economic opportunity and a better standard of living. That shared goal of achieving the American dream helps newcomers truly become American.

For example, in the book Love Hate and Other Filters, Maya Aziz’s parents came to America so she could life a normal life and their family could live the American dream. Even though they left India to avoid the pressures of the caste system, her parents still wanted to control parts of her life like where she went to college and what her major would be. They wanted her to go to the University of Chicago and study to be a lawyer, but Maya had other plans. Her American dream was to attend New York University and go to film school. She applied to NYU without telling her parents because they would have said no. She told her parents after the fact that she got in and wanted to go.

They agreed to let her go, but then there was a terrorist attack — a suicide bombing of a federal building much like the bombing in Oklahoma City. After the terror attack, Maya’s parents said that she couldn’t go to New York and that she could go to the University of Chicago and live with her aunt. Then there were attacks on her family because the first suspect of the bombing had the same last name as them. In reality, Kamal Aziz was in the federal building to become a citizen of the United States and he was innocent.

Despite Aziz’s innocence, like many other Muslim Americans, she was still attacked. One of Maya’s close friends Kareem said,”It’s selfish and horrible, but in this horrible moment, all I want is to be a plain old American teenager. Who can simply mourn in fear. Who doesn’t share the last names with a suicide bomber [Kamal Aziz]. Who can go to dances, talk to her parents about anything, and can walk around without always being anxious. And who isn’t presumed terrorist first and an American second”(Ahmed 59). “‘I wish getting a Big Mac was still my biggest concern when I pass through customs these days,’Kareem mutters.”What is it, fries?” I [Maya] joke.’More like hoping I don’t get chosen for the special secondary security screening lottery”(Ahmed 58).

Many Americans get profiled just because of how they look and what religion they practice. Racial profiling like that is against the law but still happens. “In Dearborn, MI about 4% of the population is not white, but people who are not white make up more than half of all the arrests which occur. From 2011-2012, Dearborn police reported arresting 4,500 individuals who were African-American/Black, which was 500 more people in that racial category than actually lived in the city.”(USA Today).

Almost all of the Muslim American population are good people who work hard to help the nation they now call home. Yet, an unfounded fear of Muslims and the actions of a few create dire consequences for good people. For Maya, that meant her parents decided that she couldn’t even go the University of Chicago. Maya would have to go to community college, and for the rest of senior year, they would drive her to and from school.

She said “no”. She wanted to live her American dream and go to film school at NYU. They kicked her out of the house, so she lived with her best friend for the rest of senior year and went to film school. They were so mad that she wasn’t doing what they wanted her to and they thought if they stayed in India she would listen and be the perfect Indian daughter. But, in India, Maya would have been miserable and her dreams would have been stifled. By trying to control her life, Maya’s parents were preventing her from truly becoming American.

For every immigrant, there is a heart wrenching story about striving for the American dream. For example, Marisela and her mom and siblings migrated from Guadalajara, Mexico to the United States to escape the violence of their small town. Conditions were so horrific in Guadalajara that Marisela saw her father murdered right in front of her.

Marisela followed her dream to help protect the city where she lived so no one would have to go through the violence they saw it there town. She became a New York City police officer. “Neither victims nor villains, they are human beings desperate to make the most of the American dream as they see it. That’s the immigration story in America: people leaving-or fleeing- the places of their birth for the freedom to try their best”(NY Post).

Sanchez, Raul. “ The Story of U.S. Immigrants in Their Own Words.” My Immigration Story, myimmigrationstory.com/. Accessed 24 October 2018.