What Is Wrong With Certain People?

Home What Is Wrong With Certain People? 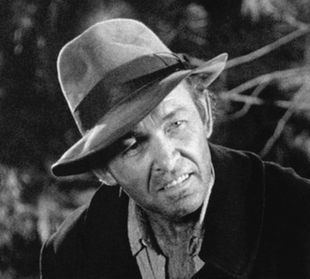 I am currently attached to the book because the characters are so amazing and the way they stick up for people and they realize that racism isn’t how it should be and that everyone should be equal no matter what. To have someone like atticus as a dad is good because you would grow to be very mature and very humble and a smart,courageous person because he wouldn’t let you take the wrong path he’ll guide you and would always be on your side and be your friend when needed.

The second part of To Kill A Mockingbird, the screenplay by Horton Foote might leave a reader feeling Anxious because Atticus and Mr. Ewell now have a little bit of conflict. In the screenplay script on lines 174 to 177 it says “(Jem gets dose to Scout and watches Ewell get closer and doser. Ewell comes right up to the car and stares in the window at Scout and Jem. He is,unshaven and looks as if he’d been on a long drunk. He is unsteady and holds on to the side of the car, staring at the two children.Atticus comes to the car. Ewell stares drunkenly at him. Atticus gets in the car beside Scout.)Atticus. No need to be afraid of him, Son. He’s all bluff.(Ewell takes a swig of whiskey from a bottle he has taken from his back pocket and goes reeling off down the road. Jem dimbs in the backseat Atticus starts the car. Atticus turns the car around and goes slowly back down the dirt road. The lights, of the car pick up Ewell standing drunkenly in the middle of the road looking like some terrible figure of wrath. Atticus has to slow the car down to almost a crawl in order to pass Ewell without hitting him. As he passes,Ewell yells.)Ewell. Nigger lover!” This showing us that now Atticus and Mr. Ewell don’t like each other and that Atticus will probably have a struggle defending Mr. Robinson because now that him and Ewell has a little incident he would probably make it harder for him and he could even go beyond and lie and try to start another situation.

We learn something interesting about one of the characters,her name is scout on page 28 line 24 it says “Scout. I still don’t see why I have to wear a darn old dress.”. This is typical because scout is like a person who likes to be comfortable and likes to be free and have fun wherever she goes and since shes always with Jem they tend to run and around and ply a lot together and also she isn’t really the girly type. I believe if the reader is a girl who likes to play around and have fun and not care about looking good and enjoy them self in the best of comfort they will really get along with scout.

After this part of the book, most readers probably will look forward to reading the rest of this book because its about to get juicy because the trial will start and we will see who will win the cause and how good of a lawyer Atticus is and how hard of a challenge this will be for him. I believe that Atticus will beat the case because Mr. Ewell is a very bad man and is know to be weird and drunk a lot of the time which means he could be lying and could just be doing this not to look bad.