What is the new storytelling?

Home What is the new storytelling? 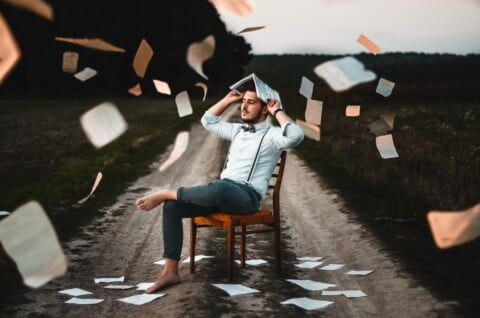 In the article “Is storytelling still the same today as it once was?” (Kate) I learned that nowadays storytelling isn’t really as popular as it once was. But regardless of a story told through someone or maybe a book it’s told through television networks or films that many of the newer generations would watch. Storytelling is only good if you know who it is you’re marketing too otherwise you may not do as well making a network for some people. Some of the main focus on projects nowadays are on Gen-Z.

0
Do you think the way storytelling how changed is better?x

I think what is said is true that times have changed and some things are being told in different ways. Where have stories and news come from the media or television networks rather than being told or reading the paper. I do think that though the forms of storytelling have changed but I also think that this encourages more stories to be shared globally and are able to make bigger differences.

I am pleased by your post What Is The New Storytelling? because you go into depth about the ways storytelling has changed throughout the years. You also describe the similarities which I thought was interesting.

One sentence you wrote that stood out to me was Storytelling is only good if you know who it is you’re marketing too otherwise you may not do as well making a network for some people. I think this is pleasing since you note that the target audience is what makes up the storytelling itself.

Thank you for your writing, I look forward to seeing what you write next because you point out the fact, similarities, and differences of things we have all see in the world. I agree that although storytelling has changed, so have the people. Therefore the ways people learn or enjoy things have to adjust to their lifestyle.