What Is The Major Cause That Occurred In Tennessee?

Home What Is The Major Cause That Occurred In Tennessee? 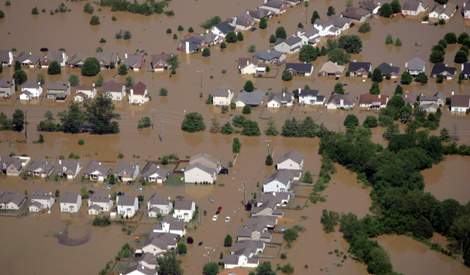 In the article, “Deadly Flooding In Tennessee” (McGraw Hill), I learned that there was a flood that went for two days, from August 20-22, 2021 because of rainfall that was considered record-setting. About sixteen inches of rainfall fell within six hours. The flash floods destroyed all of what was important and killed at least 21 people which included toddlers and people who were forced to evacuate. President Biden had called out fifty soldiers to go to the area because he vouched for federal aid. Climate change will begin to affect and impact the region soon so Tennessee will face greater risks.

What can we Americans do to prevent such disasters from occuring?
0
Please leave a feedback on thisx

What I believe about the crisis of floods in Tennessee is super important. Nobody should go through major floods that create this sense of despair. It is super hard to imagine seeing roads, buildings, businesses, and homes being destroyed. It is so terrible to not be able to locate loved ones or knowing who has gone missing. Everyone needs to do their part in preventing floods to occur especially in Tennessee where it is super impactful for them since the climate is horrible.

I agree that this flood was absolutely horrible and that no one should never have to go through this. It ruins lives and lifestyles 100%. I just do not know what the fix to this is as climate change continues to affects peoples lives in so many ways. I really hope we can think of ways that we can help out communities like this that are so affected by climate change.