What Is the American Dream?

Home What Is the American Dream? 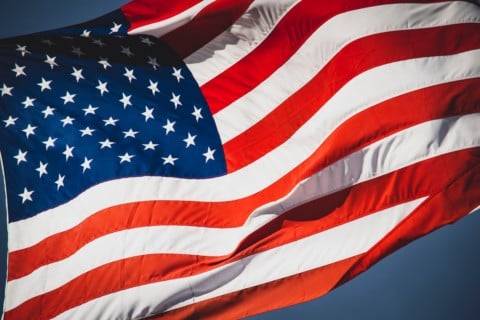 The film American Creed does a great job of showing us American Dream in action from many different perspectives from many unique and different circumstances from within America. Dashing from a group of students, to individuals and families across the country, American Creed takes us on a journey  through the lives of many and how they are living the American Dream. Take Tegan Griffith from the film for example. Tegan had started serving in the U.S. Marines at age 21, flying overseas to fight for what our country holds dear. She says “Deep down inside I was pretty nervous knowing I was getting out and doing something that is the heart of what is important to my family, serving the nation during a time of war”. Tegan’s family have a deep connection to the military as many of them served for many years. This connection she says allows her to travel to anywhere in the country and always feel like there is a place she can call home. She feels a connection to the country as a whole and feels fulfilled because of it, and this is her American Dream.

Another story of someone living the American Dream in their own way is the story of Sherman Alexie. Sherman grew up on the Spokane Indian reservation where he and his family were in some financial troubles, as many of the residents on the reservation were poor and had a very low standard of living. Sherman learned to read at a very young age with much thanks to his father who loved books and would bring some home with him after work. Sherman had a sense of self reliance and a willingness to succeed no matter what anyone said to him. With a good attitude about life and a little bit of luck Sherman became a successful writer. He visited many schools to teach Indian kids to read and write and everything came full circle. He made a comment about his experience “I cannot recall a single time that a guest teacher visited the reservation” and this I believe is a key piece of his American Dream. Nobody ever came and taught him important lessons, but he was able to succeed and turn it around so that he was now the one in a position to teach, and that is exactly what he did.

Turning to the American Dream from the perspective of immigrants, take Jesus Jimenez’s story. When he was three years old he and his family moved from Mexico to Dallas Texas where he would call his new home for many years to come. While living in the United States of America, he has met and heard many people and their stories of the American Dream as immigrants. Many of the people he met worked tirelessly to reach a goal and a better future for themselves, or the people around them. One of the most common scenarios described in his article is immigrant parents working many hours per day to raise enough money for their children to go to college and have a better life than what their parents had. It is the sense of dedication and determination to reach a better life that embodies the American Dream, and a quote from Jimenez’s article encapsulates this sentiment very well, “The U.S. offers so many unique opportunities to have a better life regardless of ability, wealth, ethnicity or religion. We live in a country where, regardless of who you are and what your background is, if you have grit and work hard enough, anything is possible”.  This quote is very powerful because it puts the American Dream into words that we can understand, and into a message that we can follow.

In summary, it doesn’t matter who you are, where you come from, or what you believe in, all that matters is that in America anyone is able to empower themselves and overcome whatever obstacles that may lie in their path. America is a land of opportunity and freedom, rivaled by no other country in the world. From serving in the military, to growing up on a reservation, to immigrating and starting with nothing, as long as you live in America, the dream is still alive.

Dear Nathaniel :
I am amazed by your post, “What is the American Dream” because you explain what the American Dream is for other people in the world or with less. Some other things that come with this American dream are the better opportunities that come with either job or opportunities for studying. One sentence you wrote that stands out for me is: “in America, anyone is able to empower themselves and overcome whatever obstacles that may lie in their path” I think this is incredible because it is telling that when you come to America or that some immigrants come to America they find a good life here. It is true there are a lot of obstacles in the middle of this path but when they overcome those they see that their sacrifices were worth it. Thanks for your writing. I look forward to seeing what you write next because you really made me intrigued by what people who are immigrants look forward to when coming to America. Also, even there are a lot of obstacles does not mean that we should give up so easily knowing that we can do better than that.
Fatima Esparza