what is the American dream?

Home what is the American dream? 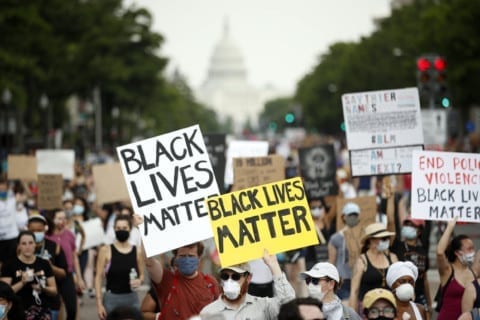 Anyone can be an American if they are willing to be respectful, unite for Justice and Liberty. This idea is expressed in the Pledge of Allegiance, as stated in the article “What Being American Means”  .There are several events in history that prove this point. The tragic events that unfolded on 9/11/2001 were followed by images of americans coming together from all different states to assist at ground zero. The picture of them putting up the american flag is a symbol of american patriotism. Military enrollment increased following 9/11, which is evidence of american creeds from the PBS documentary.

Anyone, means you do not need to be of any specific nationality, speak a certain language, have the same religious, or ethic background. This is the article “What Does it mean to be an American”. Also I think being an American doesn’t mean we all have to believe in the same thing or look the same. Everyone comes from different cultures and has different beliefs about different aspects of the world, which makes them unique and a good American. I think people that eat different types of foods like, mexican food, indian food, and so on just shows their uniqueness and shows that they’re different, which is a good trait to have to be an American.

Americans all share the same goals in life. Every american is trying to be successful in life by working hard at their jobs everyday to support their families. Money and living in peace I think is the main thing every American wants in life, but that can be harder for different people in the world. We all come from different circumstances and different childhood experiences as we grow up. Some people come from a poor childhood and not good parenting growing up, which can be hard for them to live up to the american values and goals in life. As other people come from great childhoods and parenting growing up which makes their lives easier as adults. In the end all that matters is if you accept the american expectations in life,  willing to be respectful, unite for Justice and Liberty, you will be a great and strong American in life.

Dear William,
I was impressed by your article of “What is the American dream?” because i sometimes question what really is the American dream just like you. I think everyone has the right to be equal and have to right to achieve the same goals no matter what culture or race they are. I like how you mentioned about everyone having the same goal of “trying to be successful and working hard to support their families” this has a lot of meaning to me because from someone who grew up in a mexican household i know the real definition of hard work. My parents had doors closed on them because they are mexican. It is unfair that they had to work in bad conditions and bad weather while others had the opportunity to work in good conditions just because of race. I also agree with the statement of “Anyone can be American as long as they respect and unite for justice and liberty.”
Thanks for writing i look forward to reading more sometime again!

Dear William
I appreciate this post because it is very factual and acknowledges the truth about America. My favorite line from your article is “Also I think being an American doesn’t mean we all have to believe in the same thing or look the same. Everyone comes from different cultures and has different beliefs about different aspects of the world, which makes them unique and a good American.” I think that this is important to know because everyone comes from different cultures but should be treated the same. Thank you for writing this.
Kayla Castillo