What is the “alt-right pipeline”?

Home What is the “alt-right pipeline”? 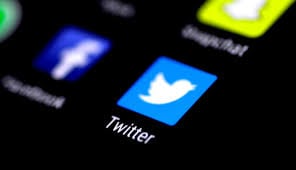 The escalation of the political climate not only in America, but across the globe is deeply apparent. Over the past year, the world has witnessed a myriad of seemingly impossible events: from a ranging global pandemic, protests in nearly every city, and rioting on the Capitol steps. It is safe to say we’ve all noticed a rapid radicalization in the political sector, but the question that exists now is how did it happen so fast?

More and more research is being done on the groupthink-type impact social media can have on those who find themselves in politically-oriented communities online. An article by the New York Times goes into detail, following the experience of a 26-year-old who fell victim to what is more commonly being referred to as the alt-right pipeline. The article outlines the extreme dangers that online political indoctrination can have, and how quickly it can radicalize.

The issue of the alt-right pipeline is incredibly difficult to navigate as the blame lies primarily on the algorithms and artificial intelligence that are the basis of online platforms like Instagram or YouTube. These algorithms purpose is to show users content that the AI believes they will like or find interesting, and as one starts to get “sucked” into this pipeline, the more radical and dangerous content they’re exposed to.

The effects of this “pipeline” were widely demonstrated to all of America on January 6th. Not only was social media responsible for influencing political beliefs, but it helped to connect and organize those who aligned politically. In some cases, these tools could be seen as a good thing that has the power for positive change; however, that is not what is being demonstrated.

In researching this topic, I’ve come to better understand the world around me. More specifically, I’ve also realized and better understood the way that social media platforms function and learned what to look out for online. I don’t think we ever take the time to realize what a dangerous place the internet can truly be, and I feel the only way to combat this is by better educating those who use it.