What Is Education to a Democracy?

Home What Is Education to a Democracy? 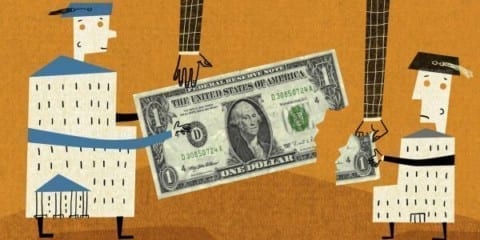 Economic regulation is always a hot button topic in politics; one of those topics that nearly everyone disagrees on. In my opinion, a democratic nation would not be sustainable without economic regulation for a few reasons. I will briefly discuss regulation in the form of taxation which provides the funding for government services that, among other things, protect the general welfare and educate the young.

Taxation is an important part of any nation’s economy. It pays government workers’ salaries, it funds vast and impressive government projects, and it ensures the safety of each citizen by maintaining comprehensive defense, police, and emergency service networks. In many countries, funds from taxation go beyond what may be considered the “bare necessities” to support research and development of new technologies and, most importantly to a democracy, education. Democratic governments are kept honest to the citizens best when the citizens are well-engaged in the political process, but to stay engaged citizens need three things: leisure time, intelligence to comprehend what political acts entail, and the interest in politics to spend time on them in the first place. Education from government, private, or charter institutions all but guarantees the first two (I’ll leave the reader to reason out why), but government-funded institutions have the greatest incentive to engender the third. It is in the government’s interest to spend more money on education because that money will be repaid with a more politically aware and active society.

This shouldn’t be taken as a call for more taxes or regulation of the economy, just a question to reconsider what we are doing with the money raised by the government every year. Regulation of some level is a benefit, particularly to democratic societies, but there is a significant compendium of arguments for the free market. As with many topics, people with different backgrounds will form different opinions, but I ask you all to consider: would those same opinions be formed if you did not have the support of your government in your education?