What is Cohesion Article

Home What is Cohesion Article 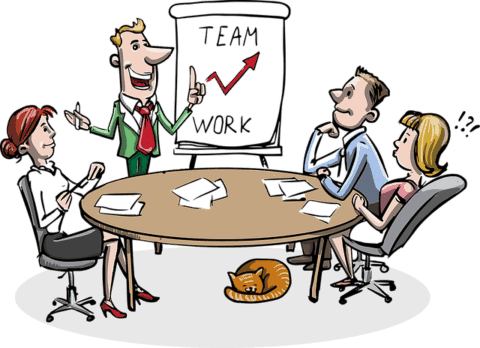 This describes cohesion as the degree to which task and social bonds exist within a group and their motivation to succeed in a task or participate in a social activity. It has also been defined as factors that keep members involved, how much a team can withstand before faltering, and a measurement of member commitment. All of these are valid definitions and will work in the context of  my research. When looking at cohesion, the two perspectives are group and individual. Group perspectives take into account the degree of bonding, closeness, and unity within a group. Individual perspective is the personal feelings that keep members in or draw members to a group.

There are four characteristics of group cohesion. The first is that cohesion is multidimensional. There are more than one factor that must be considered including personal perception of group, personal attraction, and group objectives. The second characteristic is that cohesion is dynamic and can change throughout time. The third is that that groups have a purpose. Each team has varying levels of commitment and unification when working towards their purpose. This purpose can be task which focuses on productivity and performance or social which is about maintaining group harmony and relationships. The final characteristic is effectiveness which is influenced by interactions that strengthen relationships and increase social cohesion.

When considering the two types of objectives and two types of  perspectives, cohesion can be quantified using a combination of objectives and perspectives resulting in four different methods. The GI-T (group integration task) considers how unified a team is in completing a task. GI-S (Group integration social) focuses on the social aspect of cohesion instead of the task aspect. The ATG-T (attractions to the group task) is the individual’s perception about their involvement with tasks. Finally, the ATG-S (attractions to the group social) describes how a member perceives their role in the social aspects of the group. The group environmental questionnaire considers all four of these which was used in another one of my other sources.

This article confirmed a lot of the information I have found in previous sources. Increased cohesion leads to increased performance and there are multiple different ways to quantify cohesion within a team. One of the best ways to quantify cohesion within a team is to use the group environmental questionnaire because it incorporates objectives and perspectives and team objectives. The one thing that contradicted my other data was the suggestion that higher levels of group cohesion could be detrimental to task completion. If members of a team are too close and are easily distracted or just goof around together success will decrease. This is something I had not considered before. I am curious how strong the cohesion within a team would have to be in order to become a detriment to the team.