Home What is ADHD? 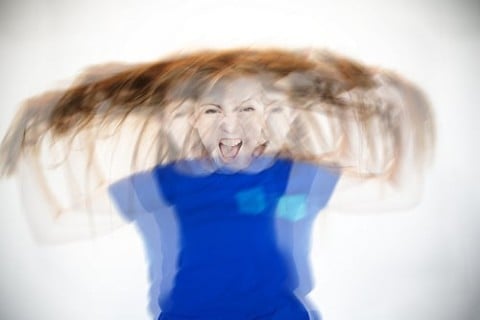 On March 11th, 1902, the first recorded study of ADHD was presented. These three lectures, known as the “Goulstonian lectures”, were given by Sir George Still, the father of British pediatrics. He noted that the 43 children in his study had “serious problems with sustained attention and self regulation…often aggressive, defiant, resistant to discipline, excessively emotional or passionate,had serious problems with sustained attention and could not learn from the consequences of their actions”.When Sir George Still first diagnosed this disorder, he did not define it as ADHD, yet considered it a moral defect. His study also helped strengthen the conclusion that ADHD does not decrease cognitive function. This was a significant development, as it would lay the groundwork for researchers conducting similar studies in the future.

ADHD stands for Attention Deficit Hyperactivity Disorder. The American Psychiatric Association defines ADHD as one of the most common mental disorders affecting children. Symptoms of ADHD include inattention, hyperactivity, and impulsivity. The American Psychiatric Association estimates that 5% of children and 2.5% of adults have ADHD. This is especially hard for children considering the multitude of stimuli occurring in their everyday lives. This condition leads to disruption in class and problems with everyday tasks.

It is more common in boys than it is girls and is usually diagnosed in the adolescent stages of development. While it isn’t curable, many medications designed to help with ADHD such as Adderall and Ritalin exist. These drugs are stimulants which help to increase dopamine and norepinephrine in the brain. These chemicals play an essential role in your attention and thinking. Through such drugs, one is able to counter the effects caused by this disorder. So, what was once thought to be a moral defect is really just another chemical imbalance.
Photo by amenclinics_photos

Hey Zoe,
I am really fascinated by your post. I was not aware of how the brain truly affects one’s abilities to show emotion, control mood, and portray personality among people. I really that you acknowledged that it does not decrease people’s cognitive function because most people are not aware of that. I found an article that you may be interested in.

Zoe,
This topic is very interesting. I had a few questions, though. How come, since ADHD is not curable, it is so much more common in kids than it is in adults? Is it because adults have a lower rate of diagnosis even if they have it? It’s strange. Additionally, when kids have ADD, is it the same chemical imbalance as ADHD or is it different? I looked at this website: https://www.additudemag.com/slideshows/add-vs-adhd/ … and it gave some good insights as to the misconceptions about both ADD and ADHD, and I think it is worth looking into for your research topic, since both of these diseases are very similar and very common, and it would be good to distinguish them.

Very interesting topic, Zoe. I have not looked into ADHD and how the brain is effected. I found what you said about chemical imbalance in the brain to be especially compelling as medication can help “increase dopamine and norepinephrine in the brain.” I loved your piece, but I am curious as to why it is diagnosed more often for boys than girls. If you would like to read more about ADHD, take a look at this article:https://www.psychologytoday.com/blog/digital-pandemic/201308/why-the-increase-in-adhd. I look forward to reading more from you on this topic in the future.

Zoe,
I found your post to be so intriguing, and I love all the research and statistics you included in it. I think it is fascinating to learn about the brain and how chemical imbalances can strongly affect one’s personality, emotions, or mood. I also think its interesting that it is more common in boys than it is in girls, but I would love to know if they know why that is? Here is an article that you might find interesting: https://www.webmd.com/add-adhd/childhood-adhd/news/20040915/study-confirms-adhd-is-more-common-in-boys#1