What if the princess lied? “The Princess and the Pea”

Home What if the princess lied? “The Princess and the Pea” 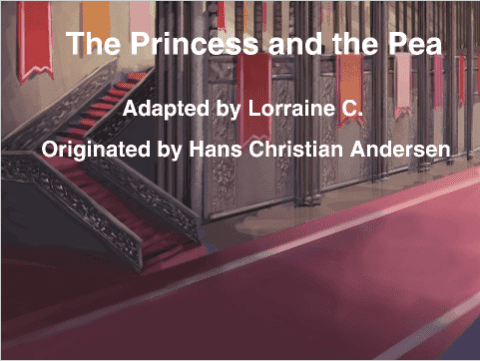 Hi there! Have you ever heard of the tale of “The Princess and the Pea.” If not, then you are missing out on a bunch. Go out to the real world and buy yourself the book and enjoy it. Or you can watch my take on the story as I give you a choice on whether the princess lies to the queen or the princess tells the truth to the queen even though the consequences may be bad. When the Queen asks the princess whether she had a good night’s sleep or not, the princess gives you the ability to respond to the Queen whether she did or she didn’t, you can do this by typing “A” or “B.”

“The Princess and the Pea” was originally written by Hans Christian Andersen, but was later adapted by many people, then I adapted it.The original ending was where the princess spoke the truth, where she told the queen the truth, where the bed was so uncomfortable, she couldn’t sleep at all. The alternate ending was where the princess lied to the queen, where she didn’t want to offend the queen, so she lied and said that it was the comfiest bed she had ever slept on.

This animation started off slow, but as the code got more and more complicated, it took a longer period of time. First, I started off by searching for a fairytale, then came to a consensus that I would do “The Princess and the Pea.” Next, I wrote a script for Act I, Act IIA, and Act IIB. Act I being the beginning, Act IIA being one of the options the viewers decide to make, and Act IIB being the other option the viewer can make. Then, I made storyboards on Act I. Then, I made storyboards Act IIA and Act IIB together. Finally, came the coding on Scratch, which in my opinion was the hardest part.

I could go on and on and tell you all about the animation, but you can simply go watch it.

To watch my animation and to see the script click here: