What I believe as an American

Home What I believe as an American 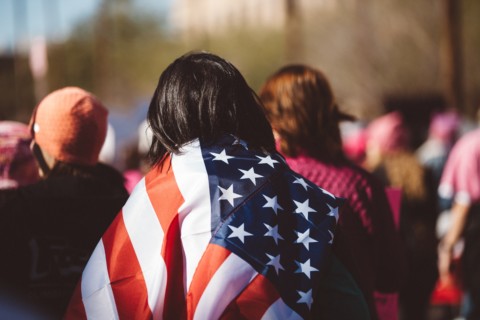 America, the land was founded in 1607 and was declared to be free from Britain in 1776. With new land comes more people, and over time the country has gained even more land than from the beginning and has gained more people from all over the world. With this large population we have formed a society, we Americans all have relatively common goals, these goals lead up to what we call the American Dream. So what does it mean to be an American? It is to value the freedom we have, and what we can do with that freedom, and turn our situations into better ones.

Our culture can also help define us on who we are and what being an American really means. Culture is a hard thing to define in American however. “In addition to Native Americans who were already living on the continent, the population of the United States was built on immigration from other countries.” (Zimmerman) which is why it is so hard to define culture, we have so many cultures. American culture would be defined as most likely english as the language, a majority’s religion is Christian, and the food we eat is among a couple of things. However to be an american it is not a necessity to have anything that was just listed, just that you have experienced that american culture.

Another thing that can help define who we are as Americans are our values. What I value personally are the rights we get and the freedom we have. I also value our safety and what we are able to do. Proof of this is “A little Indian boy teaches himself to read at an early age and advances quickly. He reads “Grapes of Wrath” in kindergarten when other children are struggling through “Dick and Jane.” (Alexie Superman and me) which he talks about not having a very well off past however he makes the most of it and proceeds to have a higher skill level than the rest of the kids and becoming a writer, proving we have the ability to do whatever we want as long as we work hard enough.

The final subject that can help us understand what it means to be an American are our beliefs. I believe that whoever you are in the United States you are able to live your own life and have your own experience. Common beliefs are Equality, Freedom, and American dream, Which I essentially agree with. This helps us explain who we are because us Americans believe and value what we have and most of the time take for granted.

I feel like most of our beliefs and values are repetitive, “Freedom, Equality, American dream”  however that is what we value and believe, we want this country to give us what it has said to give, I believe this country should give us a chance at our own unique lives. Our culture, our values and beliefs, are essentially what define us as who we are as Americans.

Engle, Jeremy. “What Do You Think Are the Beliefs and Values That Define American Culture?” The New York Times, The New York Times, 24 Apr. 2019, www.nytimes.com/2019/04/24/learning/what-do-you-think-are-the-beliefs-and-values-that-define-american-culture.html.