What Goes Around Comes Around

Home What Goes Around Comes Around 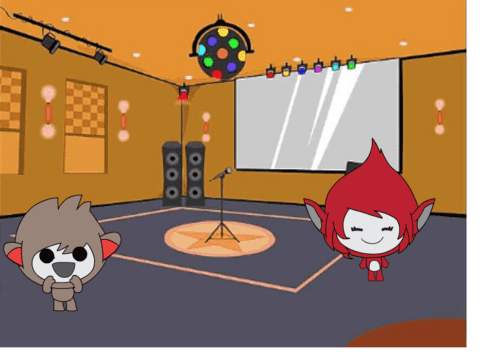 The following story is about a girl named Giga who is constantly hurt by the actions and feelings of her crush, Pico. She is the protagonist who will encounter difficult situations where she is hurt by the ‘love of her life’. She has red pixie hair cut, and is the character that gets upset easily and is very persistent. Pico is the antagonist of this story who is the typical player seen in highschool dramas. He has this orange hair and has the obnoxious and arrogant vibe. Nano is an acquaintance of Giga’s and is nice and collected. He comforts Giga and holds easy conversations with her. Terra met with Giga once before and the two fought about their crush for Pico and she is the sassy and cliche “mean girl”. The characters are at a party, and Giga encounters with Pico and the two get into an intense conversation. Giga is hurt and leaves the bedroom, back to her friend Nano and they met his sister, Terra. Terra confesses that she is cheating on Pico, and Pico gets the karma he deserves. The rest are equally shocked. I wanted to show the emotion and movements these characters did, so I planned out the story on Storyboards and decided to use Scratch characters because those characters made the story realistic and alive. I had to change my script multiple times, in order to show conflict and then replayed my animation so it would be entertaining!

All i saw was “The Cheaters”….