What effects do hypebeasts have on streetwear culture?

Home What effects do hypebeasts have on streetwear culture? 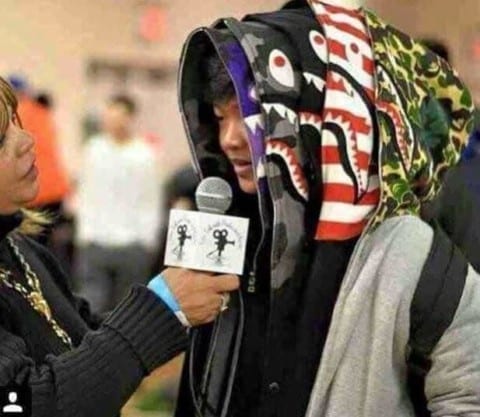 In a time of quickly evolving street fashion, new styles and brands emerge everyday, and the individual stylistic possibilities are more expansive than ever before thanks to the modern era’s distribution of information and media, individual senses of style have started to greatly  mesh together globally into more generally accepted looks through people following certain brands and being reluctant to step outside of generally accepted and praised outfit structures. This method of thinking has unfortunately resulted in a relatively new breed of style represented by a group of people commonly called “hypebeasts”.

Hypebeasts are individuals who make their stylistic choices with the sole intention of impressing others through their clothes and belongings. They follow the most popular brands, celebrities, and social media icons in an effort try to replicate that in their own clothing and image. Another major trait of a hypebeast is how much value they put on their own social media popularity, leading into a cyclic issue surrounding dressing for peer acceptance and safety based on what is popular instead of developing an individual sense of style and wearing what you think looks good. Another issue is the excessive prices of certain popular brands and the lengths that people will go to to acquire certain pieces, making streetwear less about actual clothing and more about the money that you put towards your wardrobe.

As a term originally coming from sneakerhead culture, the phrase over time has evolved to encompass a larger population of people than ever before. So the question is how is this trend affecting streetwear now and down the line? What will become of individuality in street fashion as more and more people move towards an urban uniform? A short documentary on the influences at play in many young people trying to stay involved in the streetwear scene from a website called the Sole Supplier provides more information on the topic.

This post is interesting to me Ed because the issues involving hypebeasts and the changes we are seeing today go beyond just the topic on the surface of brand recognition and the changes in fashion, it reaches into a deeper issue of social acceptance within our youth and street culture. This issue also delves into looking at what youth will do for social acceptance and how what is seen as cool to be reached by our youth, with some kids spending everything they have just to be accepted by their peers.

Ed,
This is a really cool topic. It is cool to see something written about something that you see in today’s culture of the world. Those companies that are apart of this hypebeast culture are influencing the culture of the youth today. It shows the “cool” ways to dress. I really liked how you wrote this article it was very good.
Zach Jerome